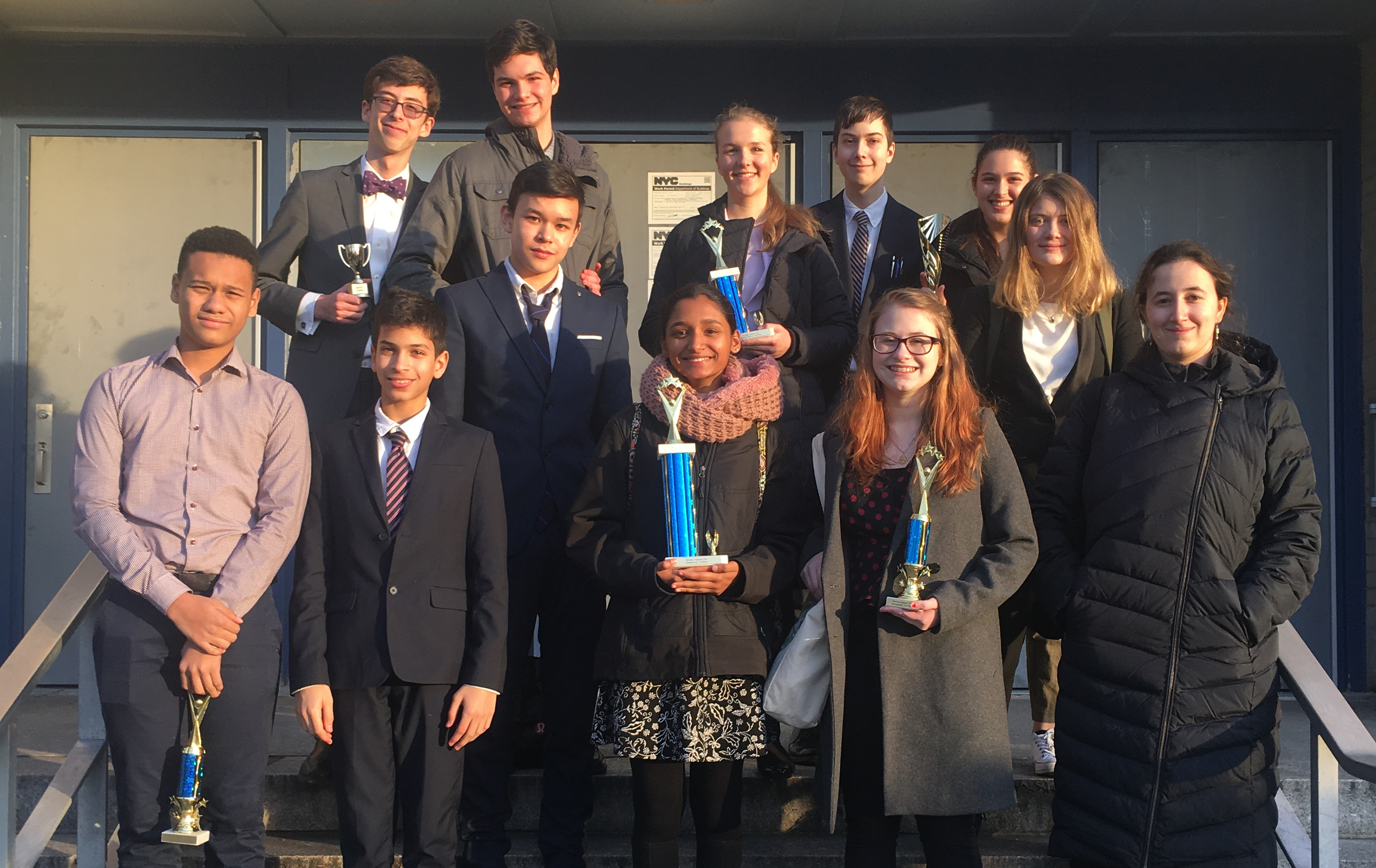 Berkeley Carroll is proud of its exceptional Upper School Speech and Debate team, which in recent years has consistently had students place among the top finishers in competitions both locally and around the country. In 2019, BC was named a Member School of Emory University's Barkley Forum for High Schools, in recognition of our commitment to teaching critical thinking, public presentation skills, and top-level research in speech & debate.

Participation and competition is open to any Upper School student at any level of experience. The team meets three times a cycle for practice during the school day; these practice sessions are full-fledged academic classes for which students receive a grade and Arts credit.

Berkeley Carroll is a member of the Brooklyn Queens Catholic Forensic League and the team participates in about a dozen local weekend competitions each year. Additionally, Berkeley Carroll students compete in national competitions hosted by various college debate programs around the country, including those at Harvard, Yale, Princeton, and Emory. About 25 students each year qualify in their various specialties for the State Championship in April and about six to eight for the National Championships in May and June.