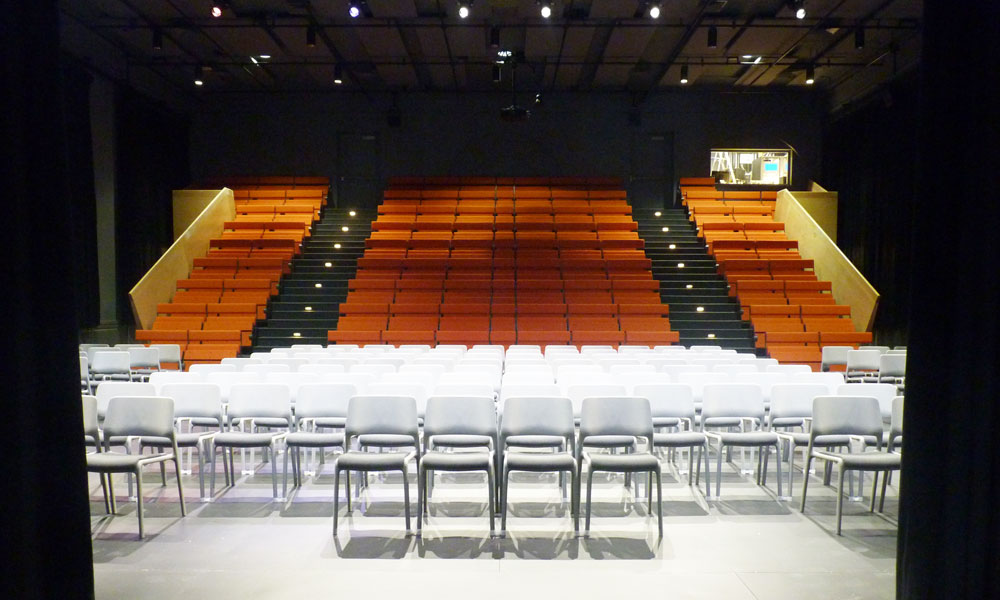 The Marlene Clary Performance Space, Berkeley Carroll's multipurpose performing arts center, is home to BC's many concerts, plays, speakers and more. It was completed in December 2015 after nine months of construction and is located in our Sterling Place building. The space has seating for up to 360 people.

BC's first joint Middle and Upper School production, "The Music Man," marked the space's grand opening with four sold-out performances in April 2016. The center's first official event was a standing-room-only conference that BC led for the New York State Association for Independent Schools on gender-fluid, gender-questioning and transgender children in independent schools.