Student work is highlighted in numerous performances and exhibitions throughout the year, such as the annual fourth grade play, music concerts, visual arts shows and Upper and Middle School plays and musicals.

Adapted for young performers, and with a score by George Stiles and Anthony Drewe (Mary Poppins), Honk! JR. is a heartwarming celebration of being different that is sure to delight audiences of all ages with its sparkling wit, unique charm, and memorable score.

Witty and hilarious, but also deeply moving, Honk! JR. will treat your audiences to equal amounts of laughter and tears. Ugly looks quite a bit different from his darling duckling brothers and sisters. The other animals on the farm are quick to notice and point this out, despite his mother's protective flapping. Feeling rather foul about himself, the little fowl finds himself on an adventure of self-discovery, all the while unknowingly outwitting a very hungry Cat. Along the way, Ugly meets a whole flock of unique characters and finds out being different is not a bad thing to be.

She Kills Monsters by Qui Nguyen tells the story of Agnes Evans as she leaves her childhood home in Ohio following the death of her teenage sister, Tilly. When Agnes finds Tilly’s Dungeons & Dragons notebook, however, she finds herself catapulted into a journey of discovery and action-packed adventure in the imaginary world that was her sister’s refuge. In this high-octane dramatic comedy laden with homicidal fairies, nasty ogres, and 90s pop culture, acclaimed playwright Qui Nguyen offers a heart-pounding homage to the geek and warrior within us all.

She Kills Monsters premiered at the Flea Theater in New York City on November 4, 2011, under the direction of Robert Ross Parker.

A feuding fairy King and Queen of the forest cross paths with four runaway lovers and a troupe of actors trying to rehearse a play. As their dispute grows, the magical royal couple meddles with mortal lives leading to love triangles, mistaken identities, and transformations… what could possibly go wrong?

A fabulously fun award-winning musical based on the adored movie, Legally Blonde The Musical, follows the transformation of Elle Woods as she tackles stereotypes and scandal in pursuit of her dreams. Action-packed and exploding with memorable songs and dynamic dances - this musical is so much fun, it should be illegal!

Horton the Elephant, the Cat in the Hat and all of your favorite Dr. Seuss characters spring to life onstage in Seussical JR., a fantastical musical extravaganza from Tony-winners, Lynn Ahrens and Stephen Flaherty.

At an all-girls summer camp in the Middle of Nowhere, Upstate New York, a group of teenage junior counselors spend three life-changing months together as they navigate the complexities of womanhood, social hierarchies, and the irreversible consequences of their actions when things get gravely out of hand. JUNE JULY AUGUST is an unflinching exploration of what it means to be a woman on the brink of adulthood and the bonds that are forged in the process.

US Musical Cabaret: A Hint of Light

A digital musical cabaret featuring songs from musicals of the last 30 years. 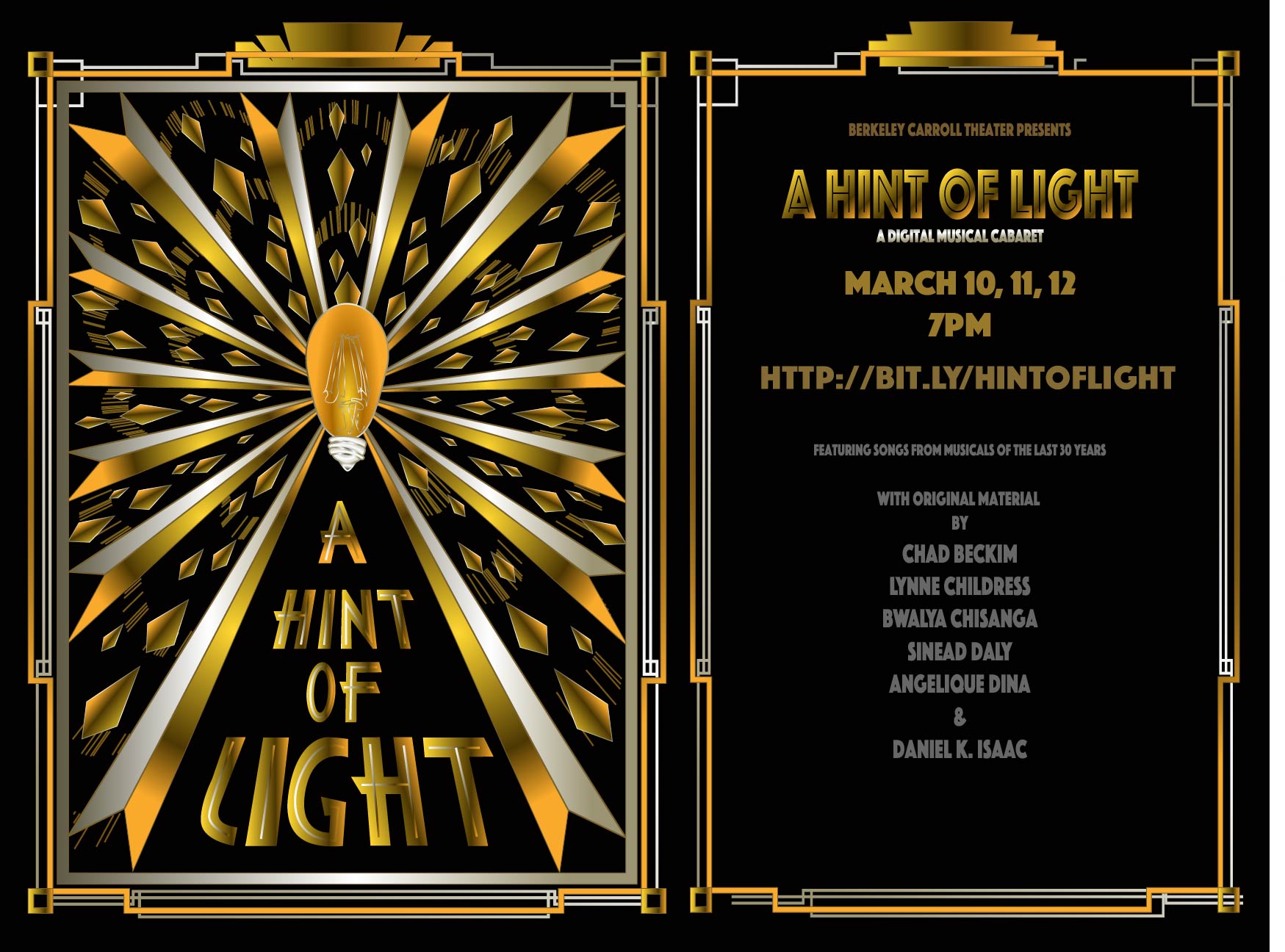 MS Play: Sospechoso: or In Space No One Can Hear You Sus

Sospechoso: or In Space No One Can Hear You Sus is based on the popular game Among Us. This choose your own adventure play written by Sam Jay Gold in collaboration with the middle school theater department takes audiences on an imagined journey inside the popular game. Audiences choose which characters to follow through the story, and vote on who they think the imposter is. Watch different scenes each time for a total of 120 different viewable stories.

When the Brushes With Greatness: The Dental Hygiene Musical is canceled, the entire drama program risks being lost forever. A group of spunky middle school students take to their computers to find a way to bring the show online. This playful musical by Jessica Penzias with music by Denver Casado and Lyrics by David Hudson is sure to leave a smile on your face!

If you have any questions don't hesitate to ask.
Watch

US Play: The Hope Project (Virtual)

A group of high school students conduct interviews with folx across a divided America in the months leading up to the election to gauge the temperature of a country in crises; searching for hope in these tumultuous times. In the tradition of such professional theatrical works as The Laramie Project, Fires in the Mirror, and The Exonerated, The Berkeley Carroll Theater Department brings you a new collaboration with playwright and artivist Daniel K. Isaac.

During the past months of remote-only and hybrid learning, our student musicians and faculty have gone beyond their usual dedication to their craft, displaying extraordinary resourcefulness to rehearse and practice together -- remotely at home, together outdoors on NYC rooftops, as well as in person in our socially-distanced Performance Space at Sterling Place, as you’ll see in this mini-concert. 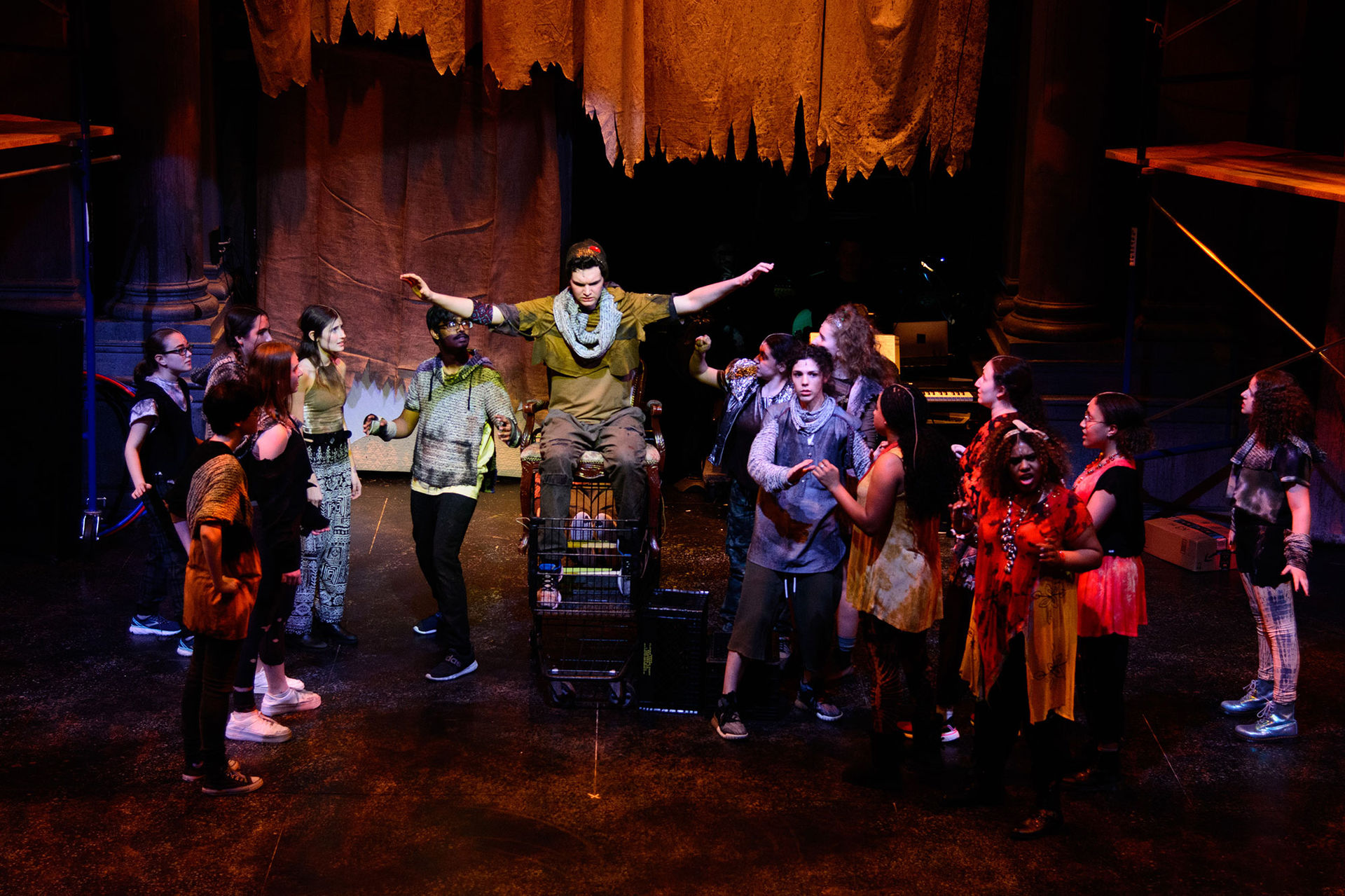 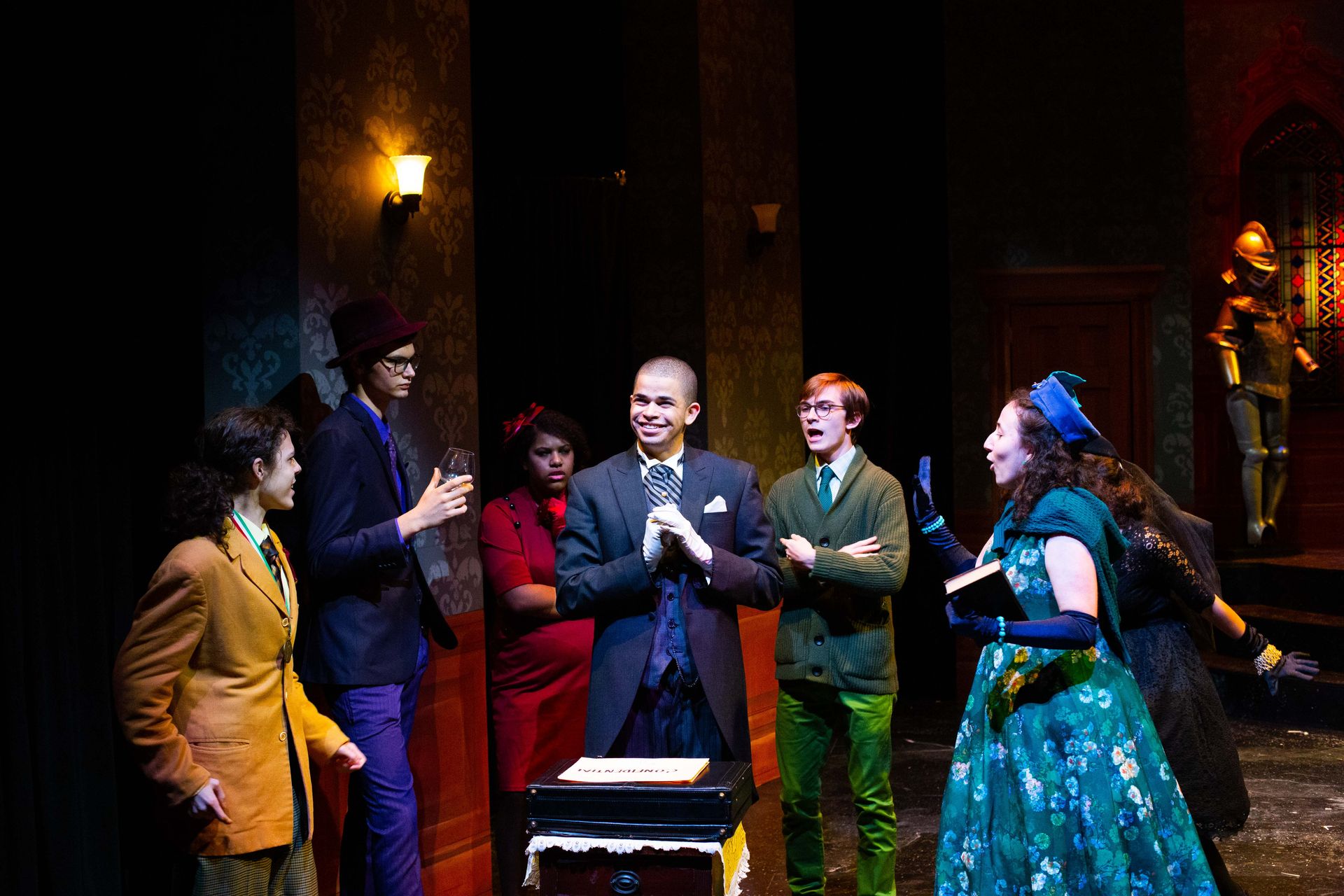 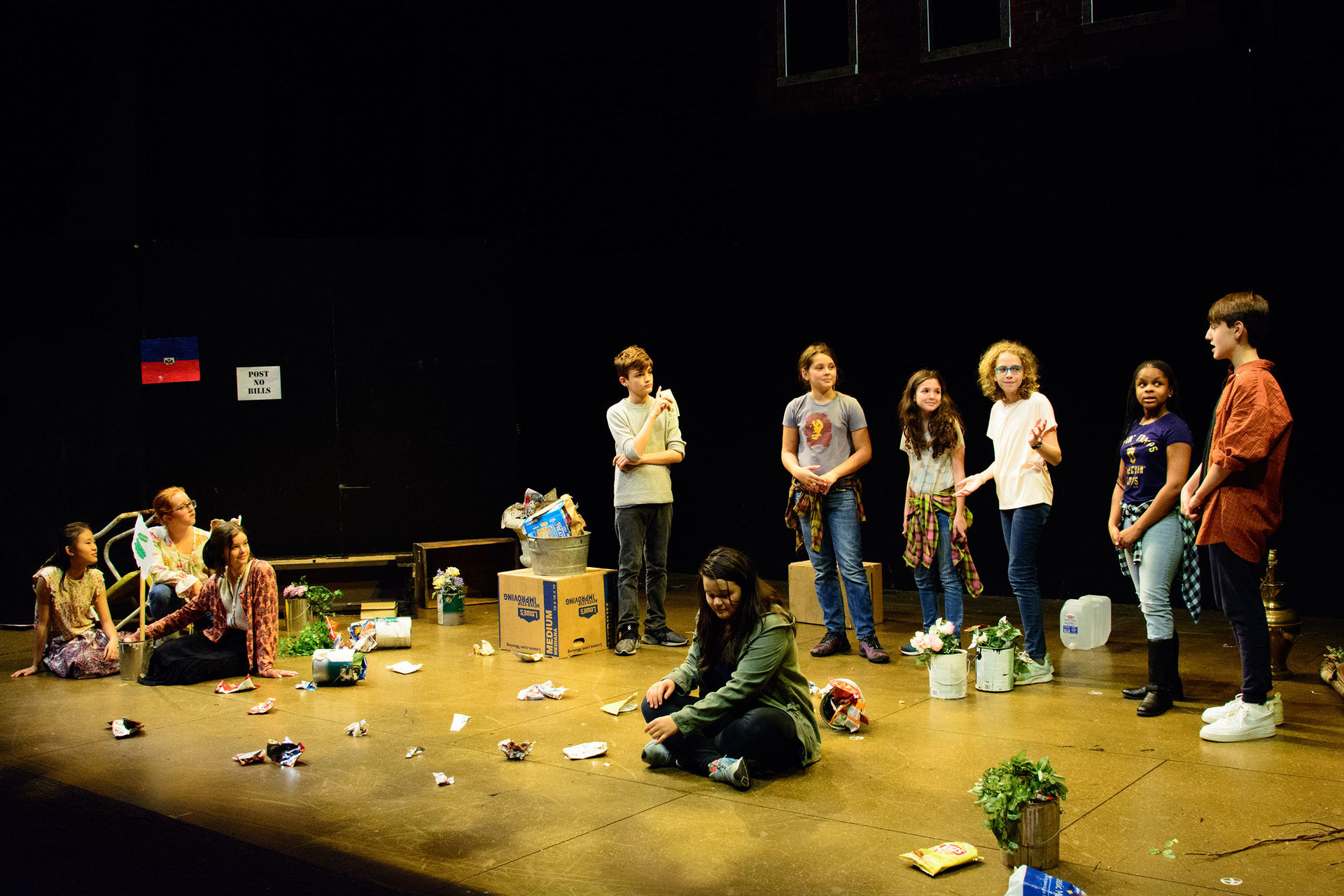 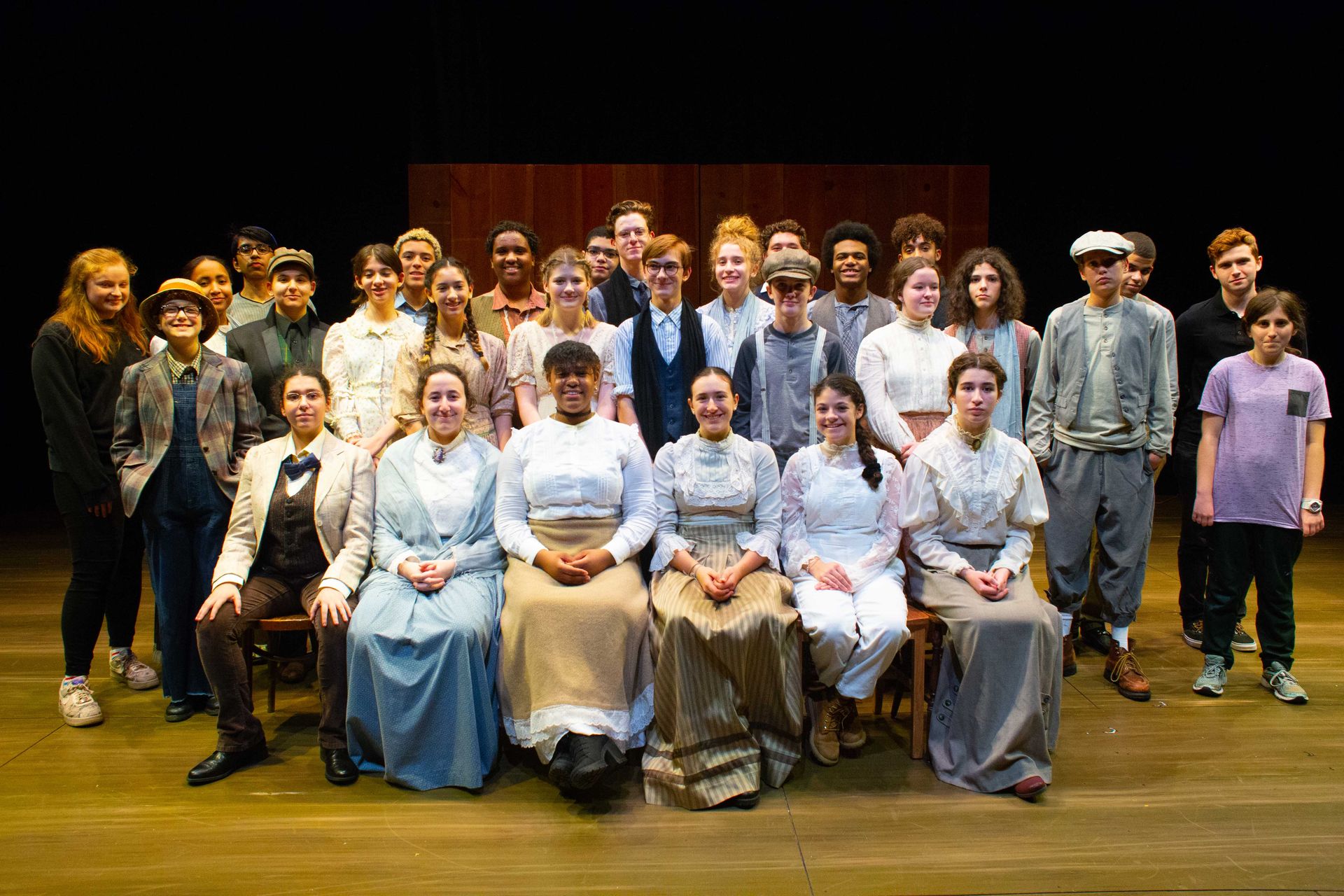 US Play: Our Town 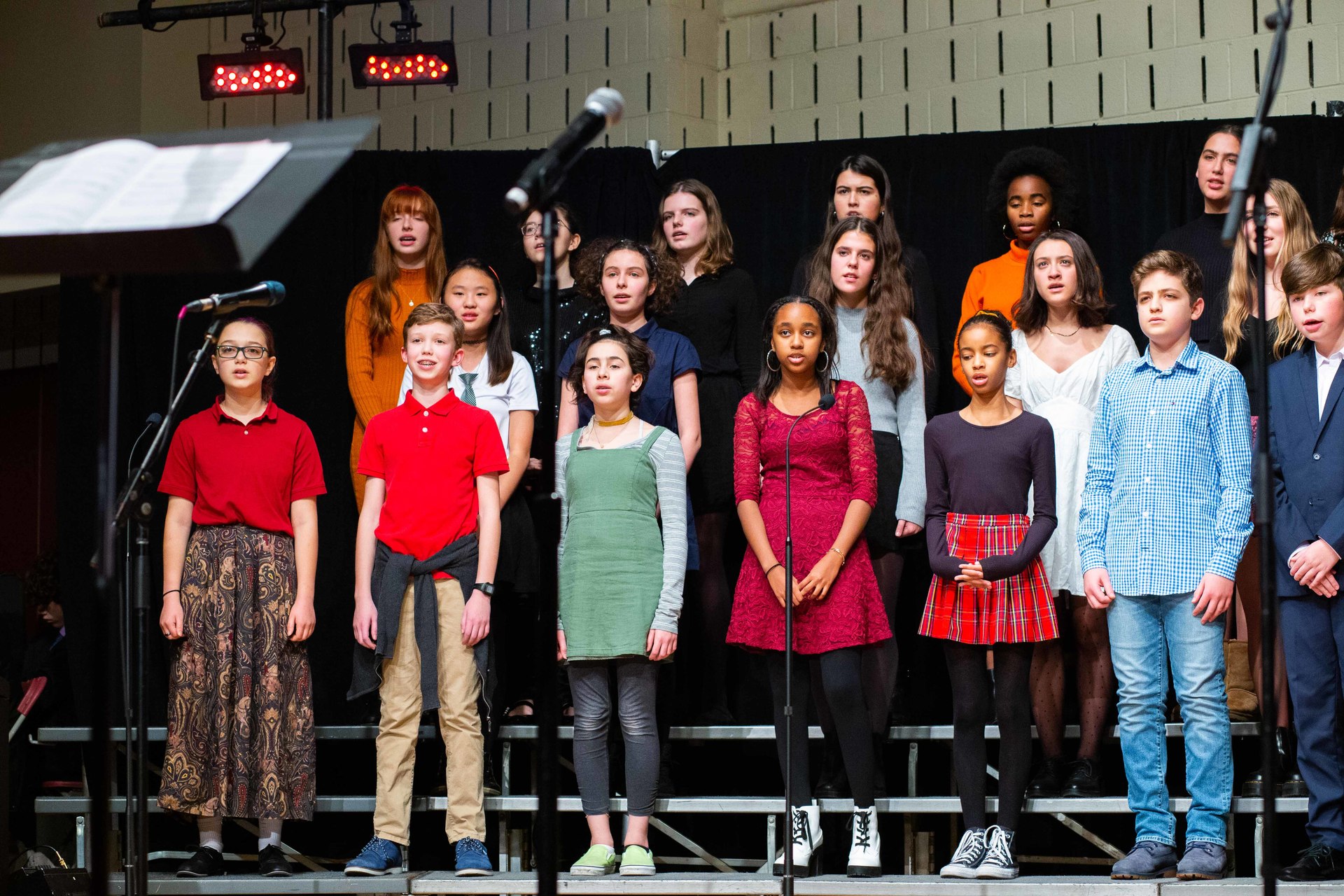 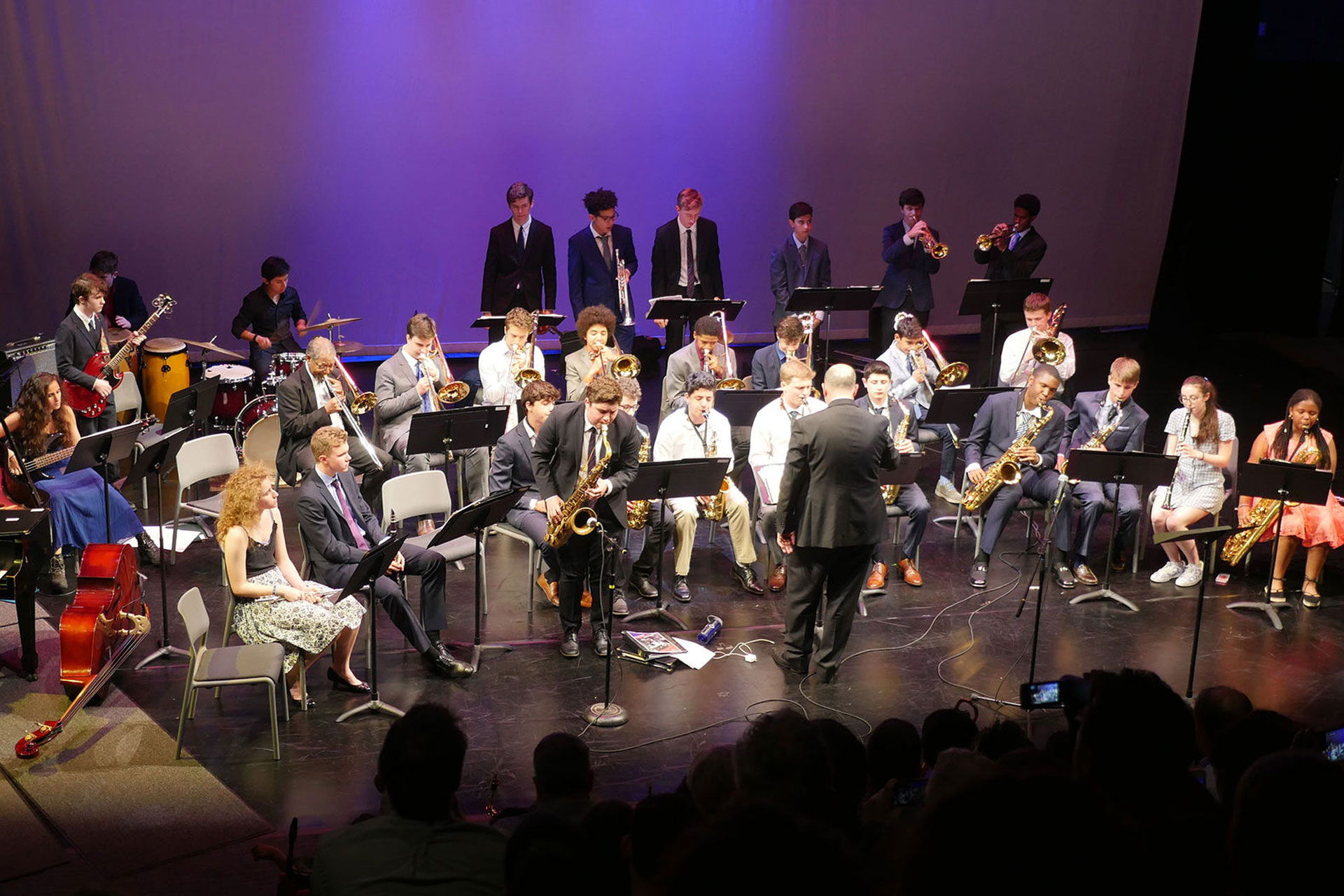 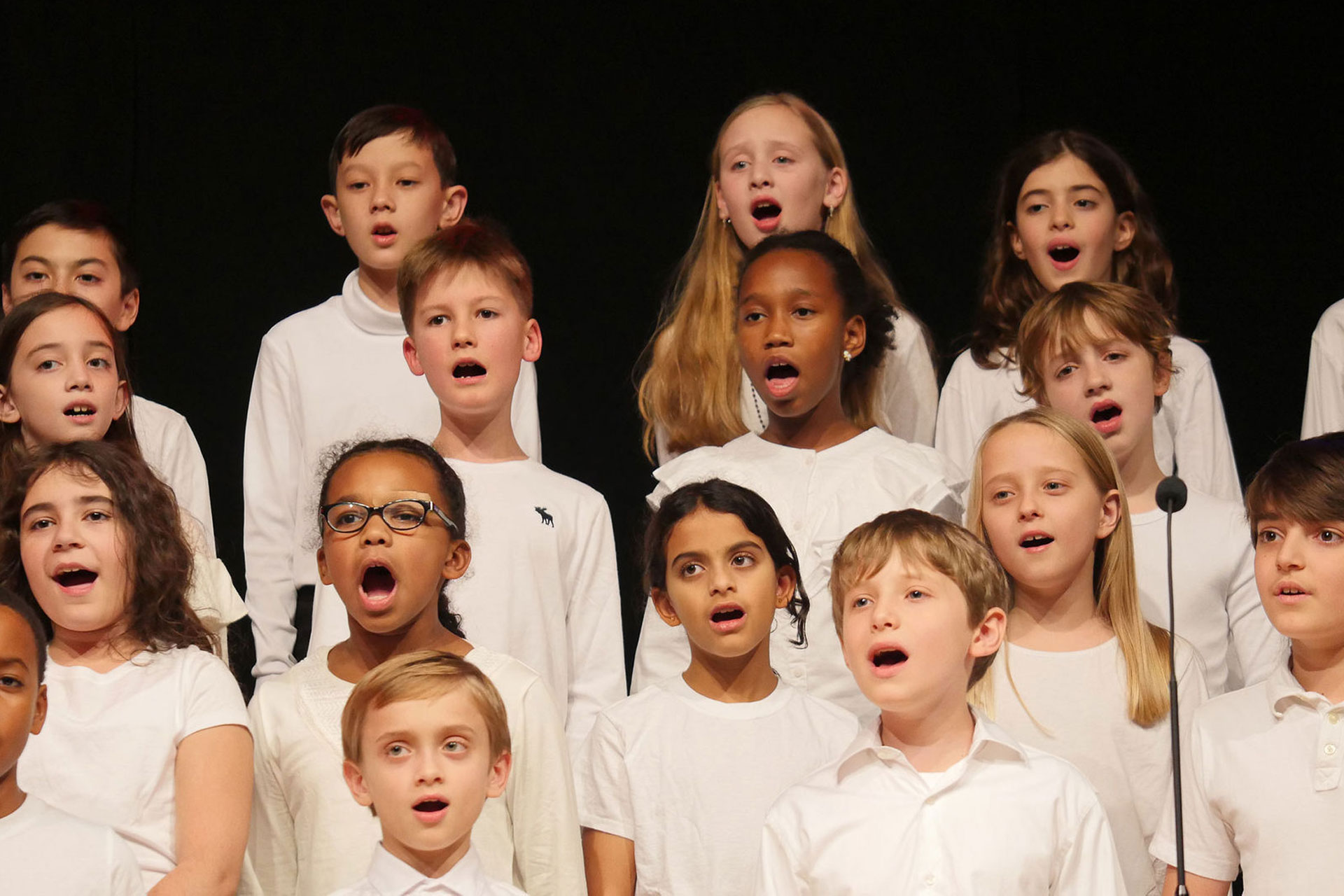 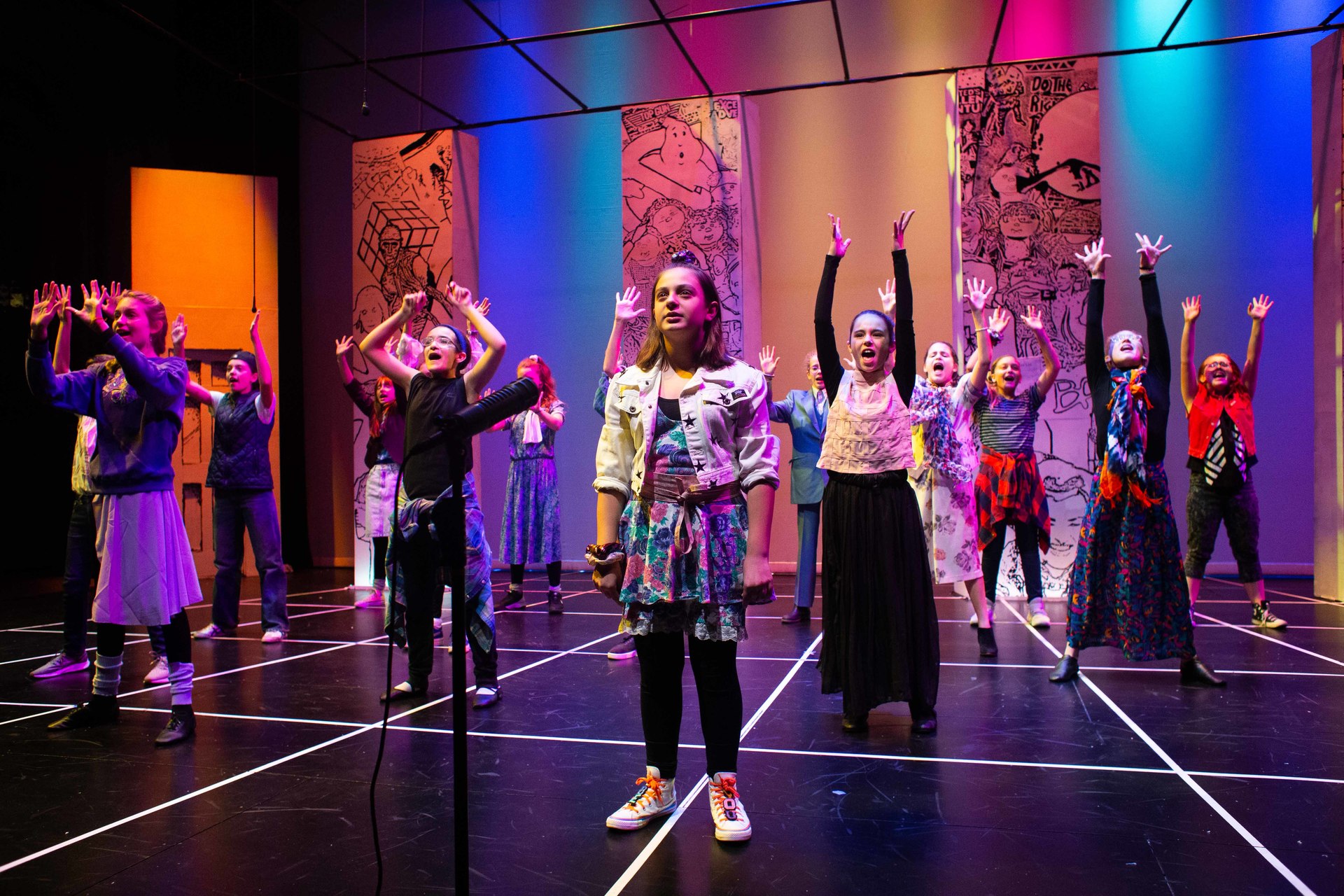 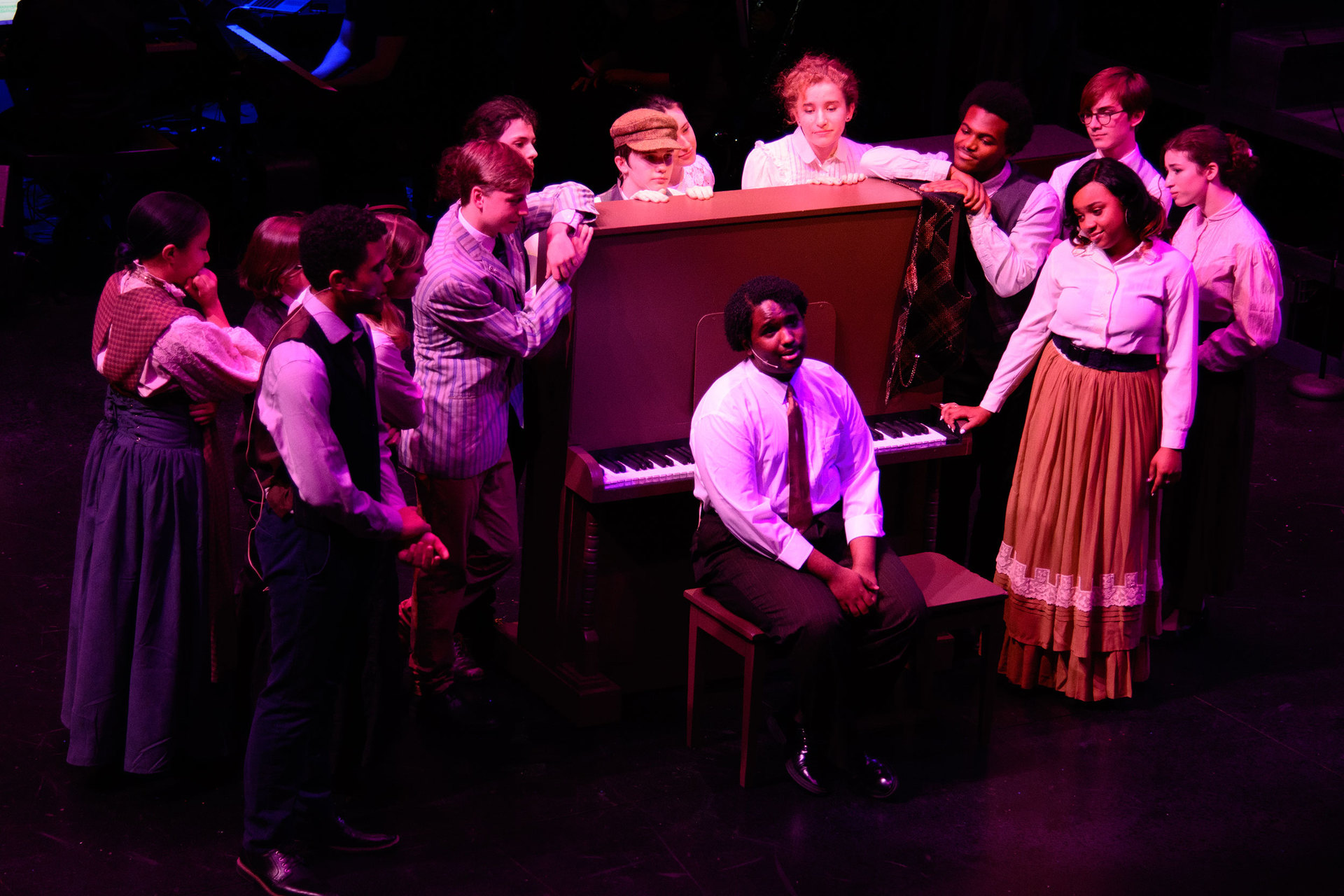 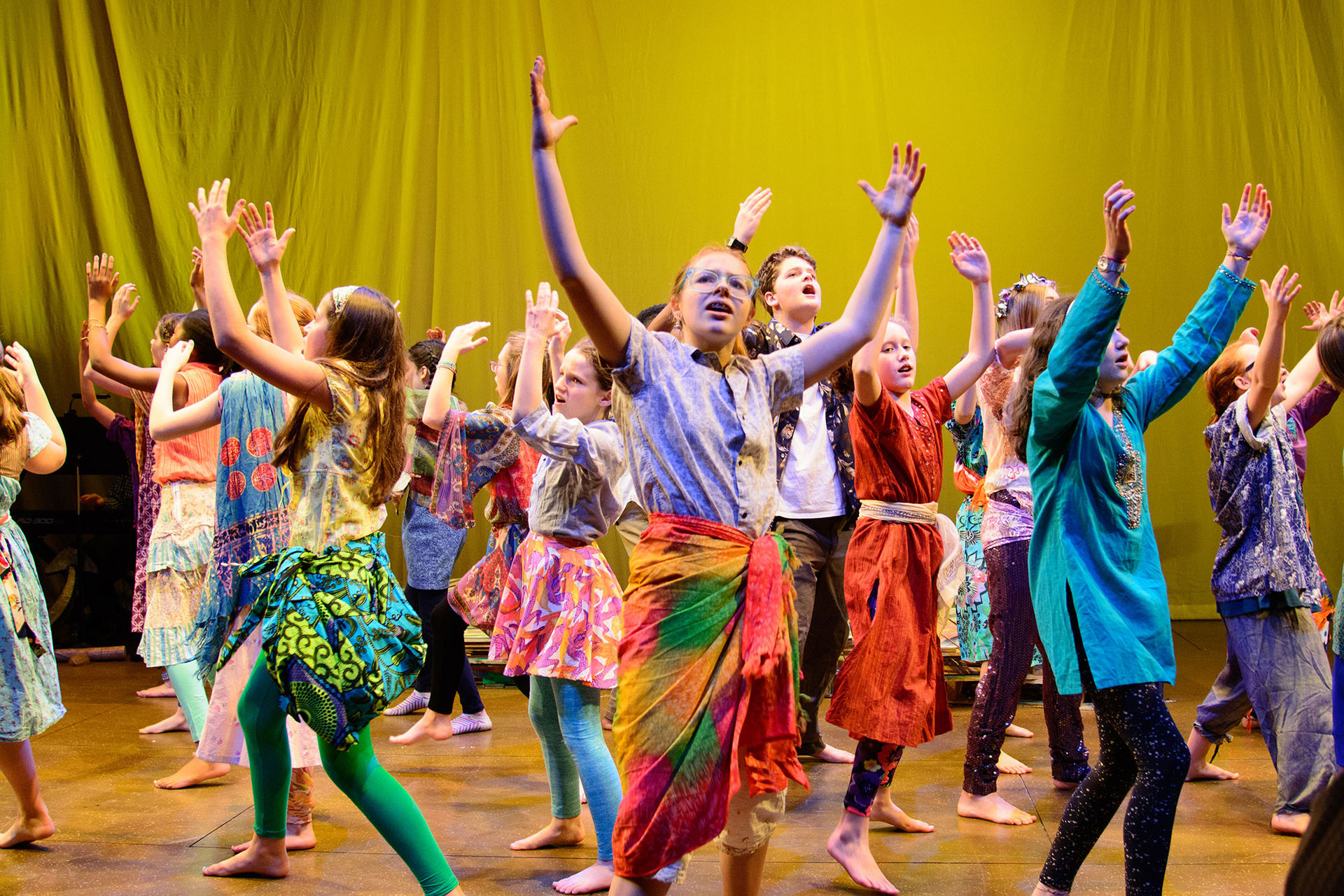 Once on this Island Jr.