Visiting Speakers at the Upper School

The Visiting Speakers Program aims to expose Berkeley Carroll students to a diverse variety of authors, activists, scientists, artists, and political and cultural figures, who will inform and inspire them as they develop as critical, ethical and global thinkers.

Many of the speakers that come to Berkeley Carroll live and work in Brooklyn or other areas of New York City, but the world is our classroom — in recent years we have heard from speakers from as far away as Sierra Leone thanks to technology. 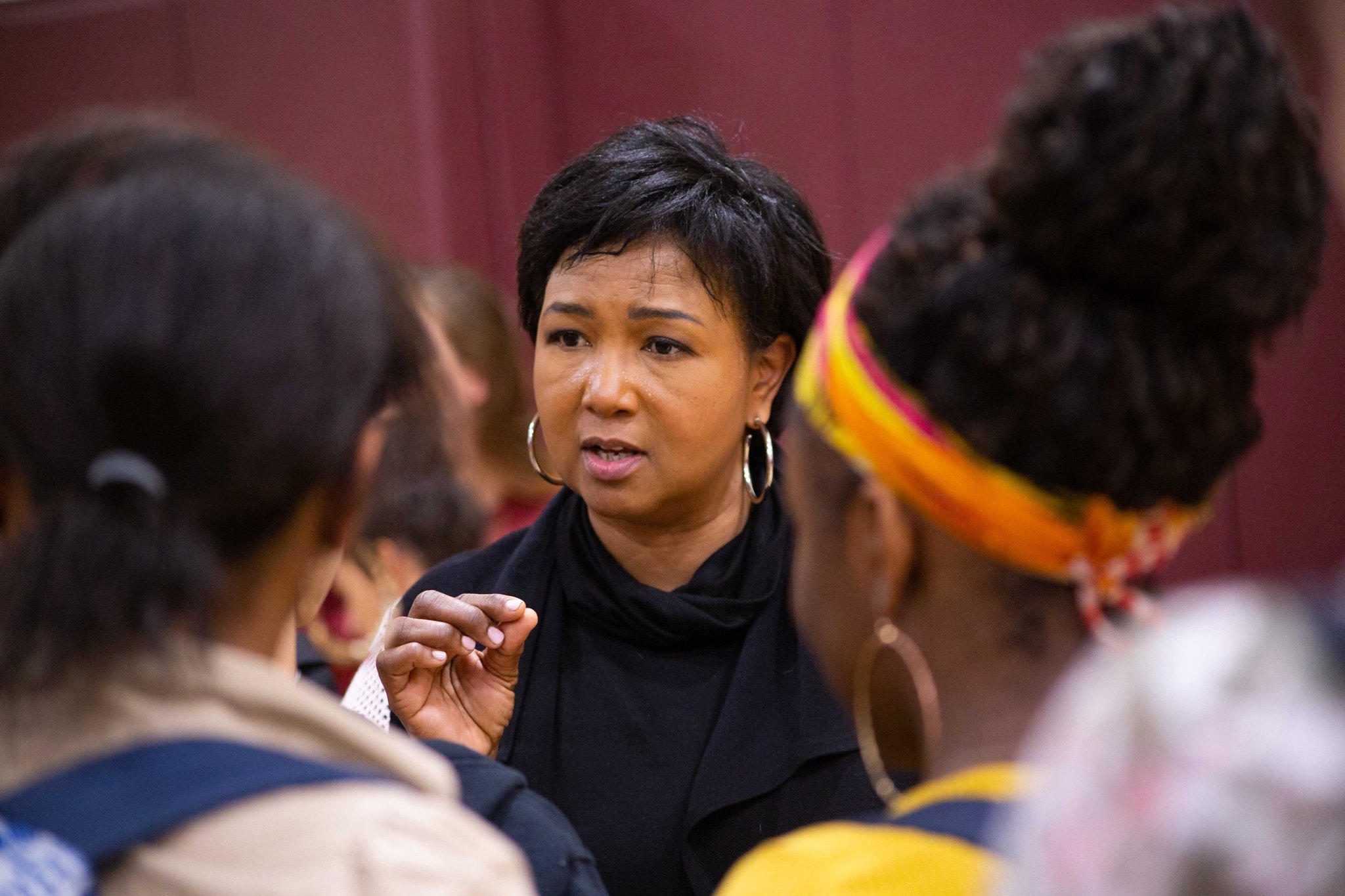 BC was honored to welcome educator, astronaut, and entrepreneur Dr. Mae Jemison, who shared her life story with student to inspire them to explore, create, and make a difference in the world.

Poet and educator Noel Quiñones was the keynote speaker for "BC Talks: Latinidad," leading students through an exploration of Latinx identity and culture. 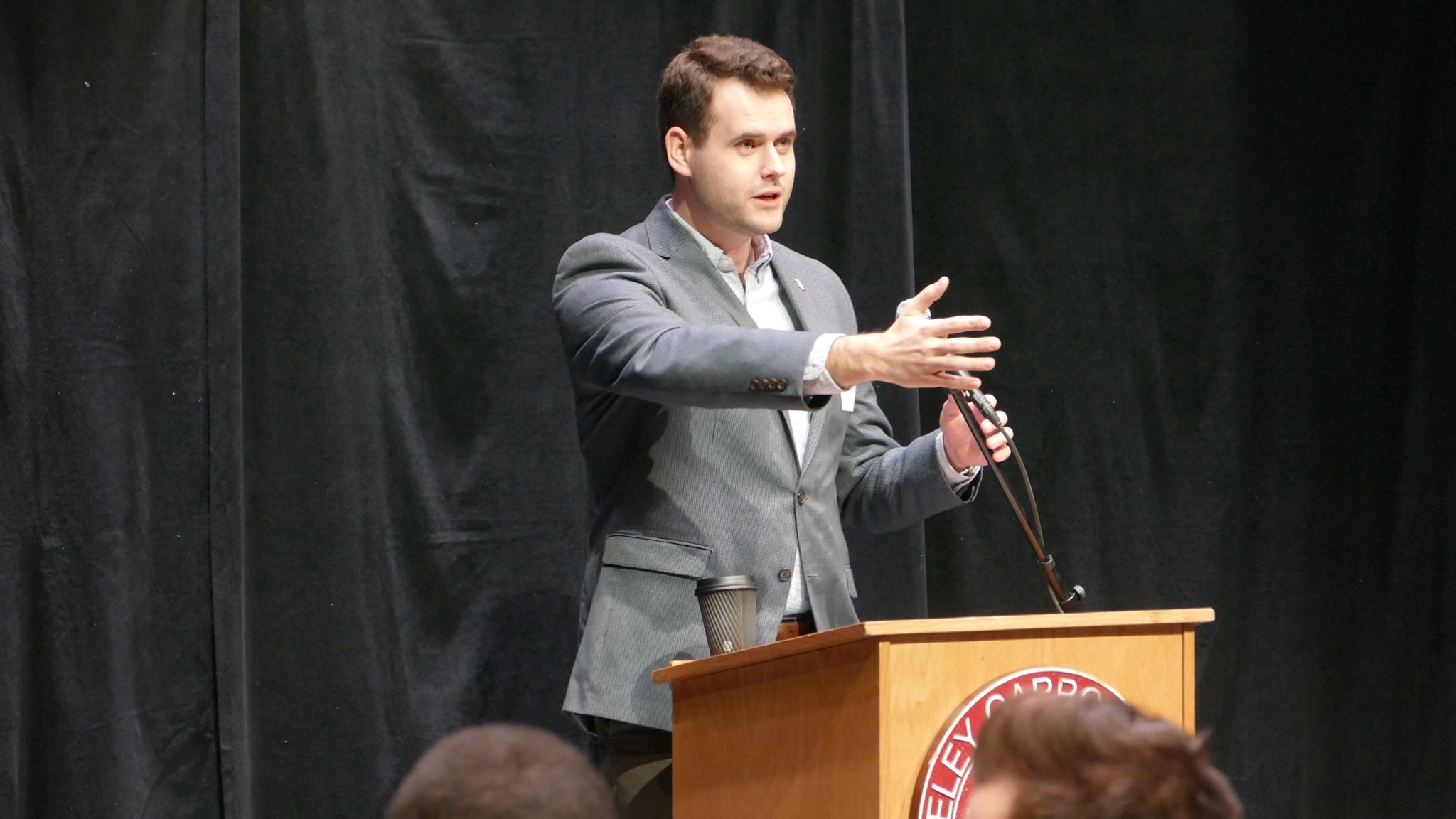 Iowa State Senator Zach Wahls spoke to students about his path to elected office and the realities of working in politics. 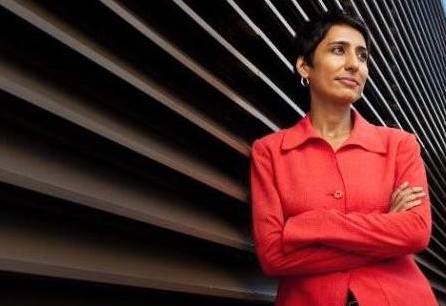 Irshad Manji, the internationally acclaimed educator, author, filmmaker, and founder of the Moral Courage Project, was BC's commencement speaker in 2018. 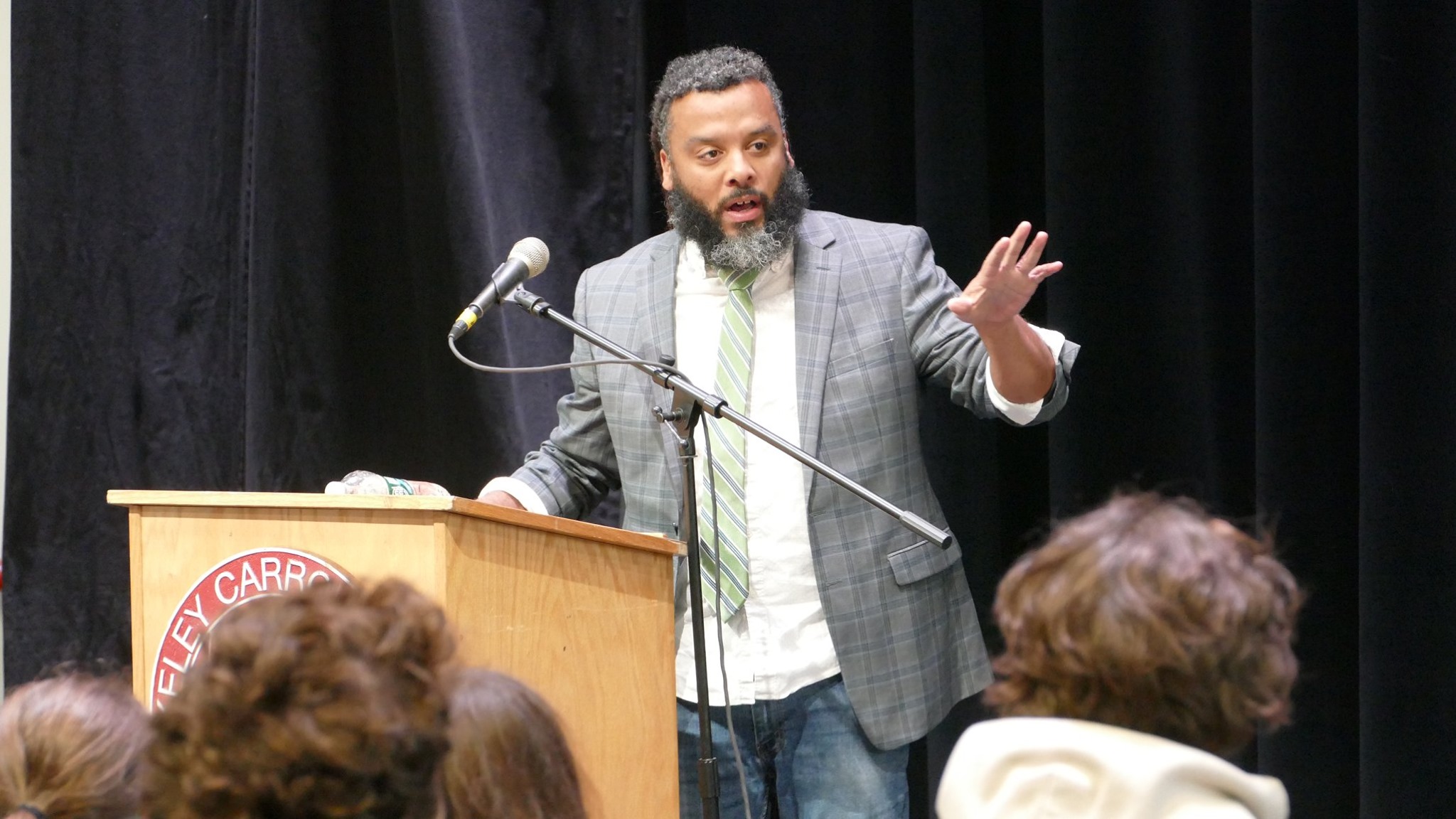 Former Boston District Attorney and founder of Prosecutor Impact, Adam Foss is a leading voice for criminal justice reform and shared with students his efforts to end mass incarceration. 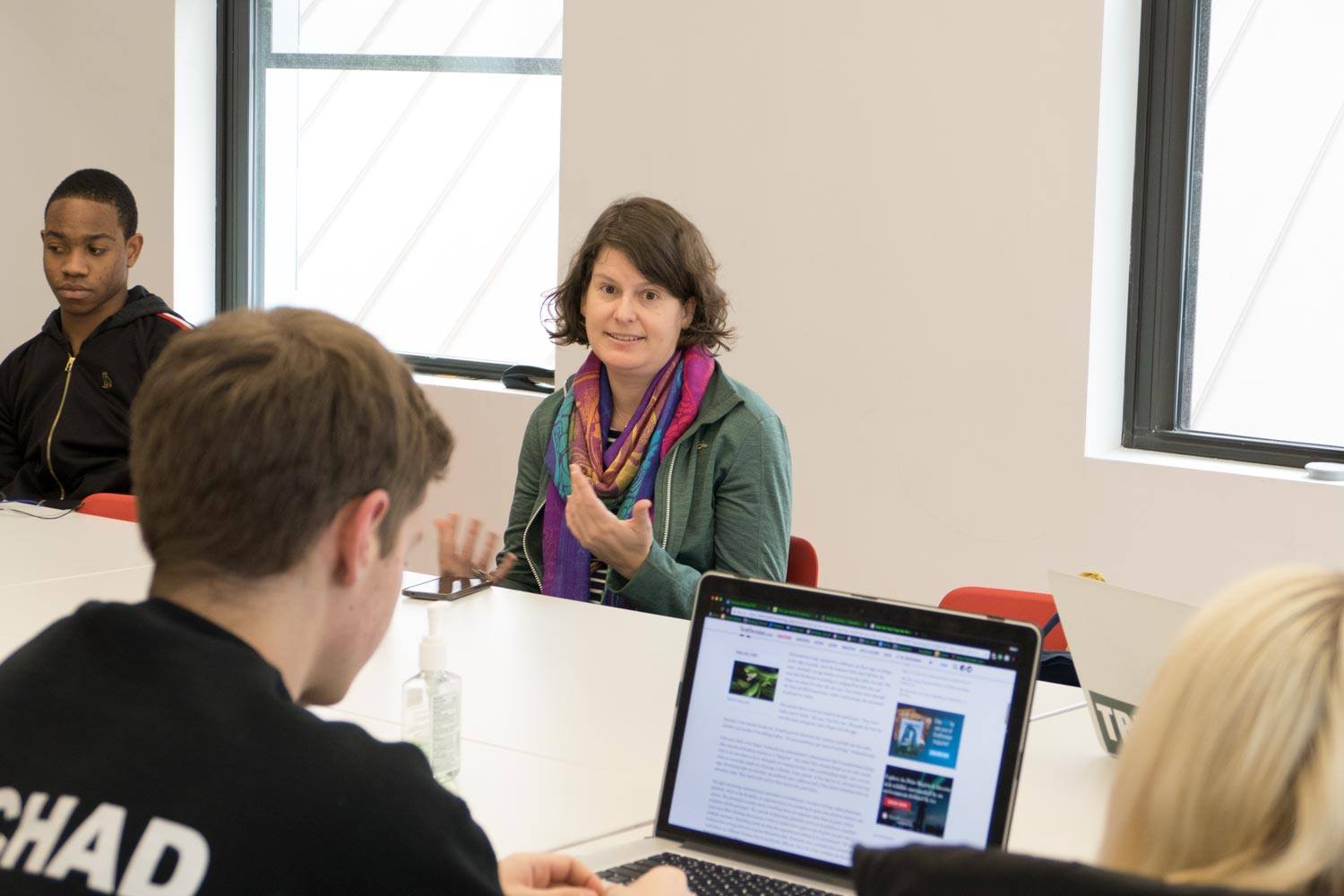 Helen Fields, a science writer who has written for National Geographic, Smithsonian, and Science, visited with Upper School students to discuss her travels and what makes for great science writing. 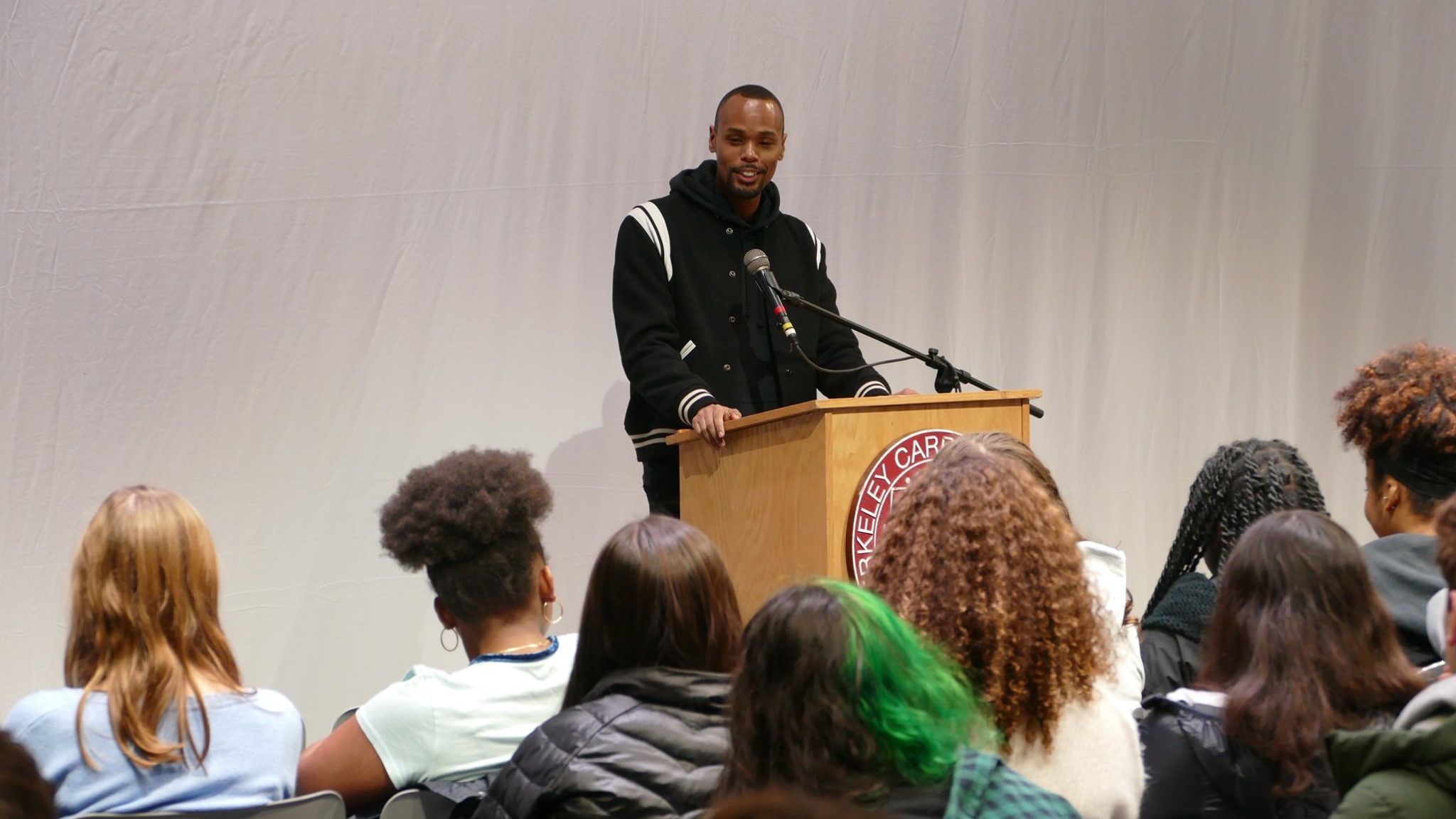 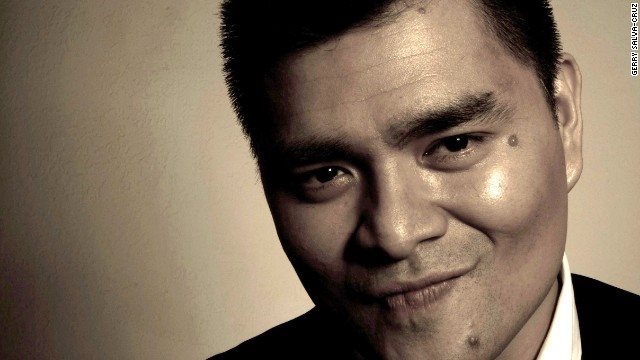 Pulitzer Prize-winning journalist Jose Antonio Vargas, whose work has appeared in The New York Times, The New Yorker and The Washington Post, was BC's 2017 commencement speaker.

Brooklyn Borough President and former cop of 22 years Eric Adams spoke about police brutality, community engagement and how, despite our differences, we must work together to solve problems. 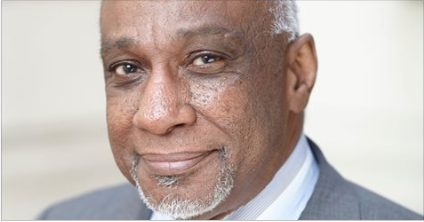 Peter Johnson has worked at Columbia University for over 30 years, most recently as Director of Enrollment Programs. He spoke with juniors and their families about the college admissions process.

Emily Bazelon, a staff writer at the New York Times Magazine and author of a book on bullying, "Sticks and Stones", led a conversation with students about media coverage of the 2016 presidential election. 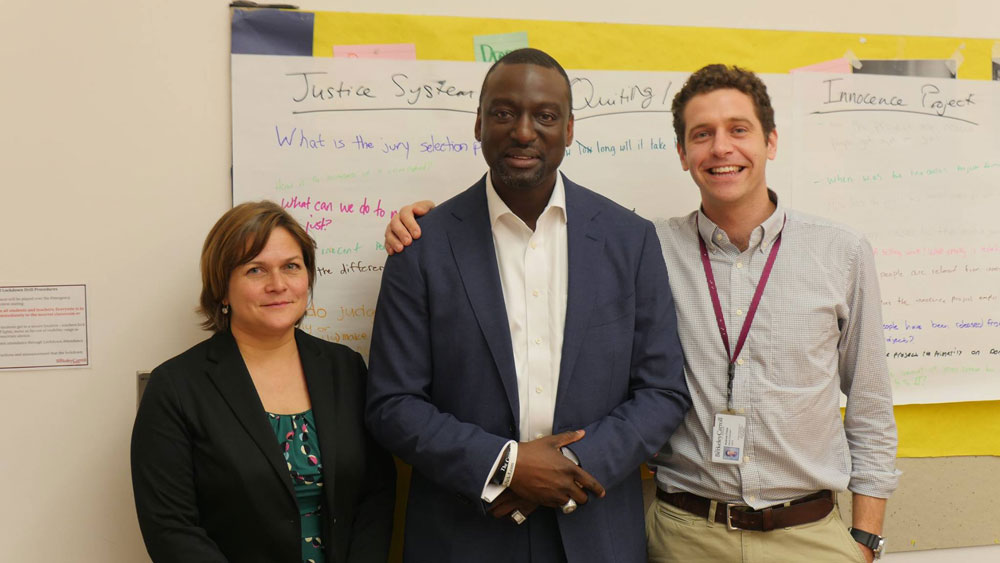 As a member of the Central Park Five, a group of teens who were forced into falsely confessing to a crime, Mr. Salaam spoke to students about his time in prison, being freed by the Innocence Project, and how he has moved on with life since exoneration. 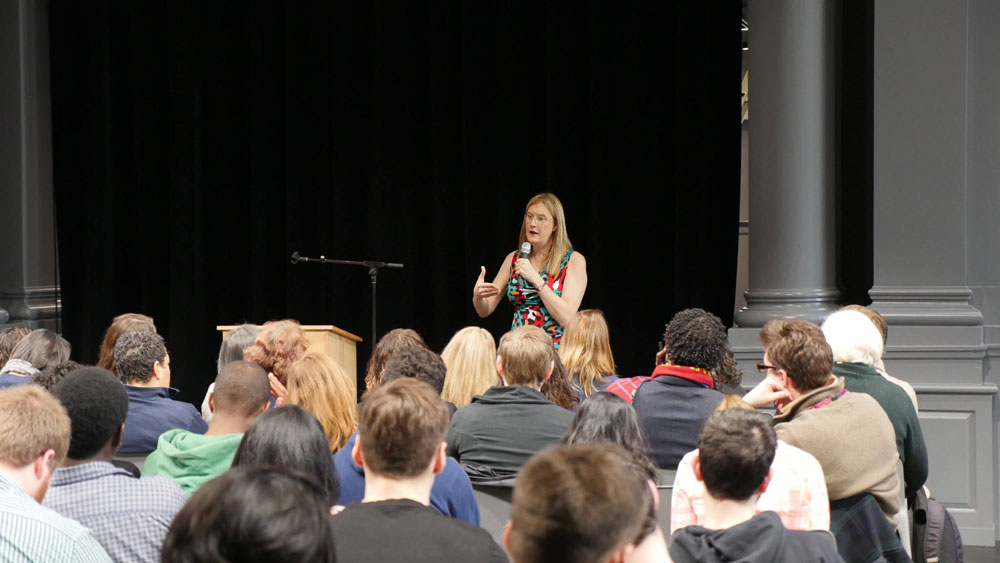 Ms. Boylan spoke during a NYSAIS workshop on students who are gender fluid, gender questioning, and transgender in independent schools. Her book, She's Not There: A Life in Two Genders, was the first by an openly transgender American to become a bestseller. 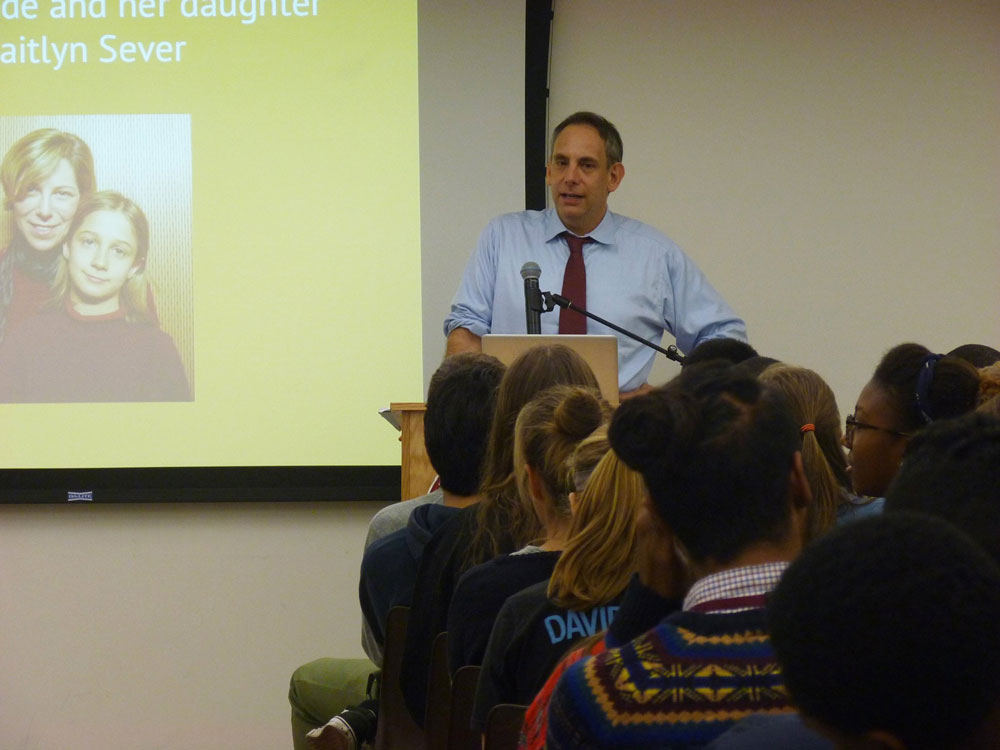 StoryCorps Founder David Isay spoke to BC's Upper School about the organization's history and mission and how important documenting stories are and how StoryCorps allows people to connect through storytelling. 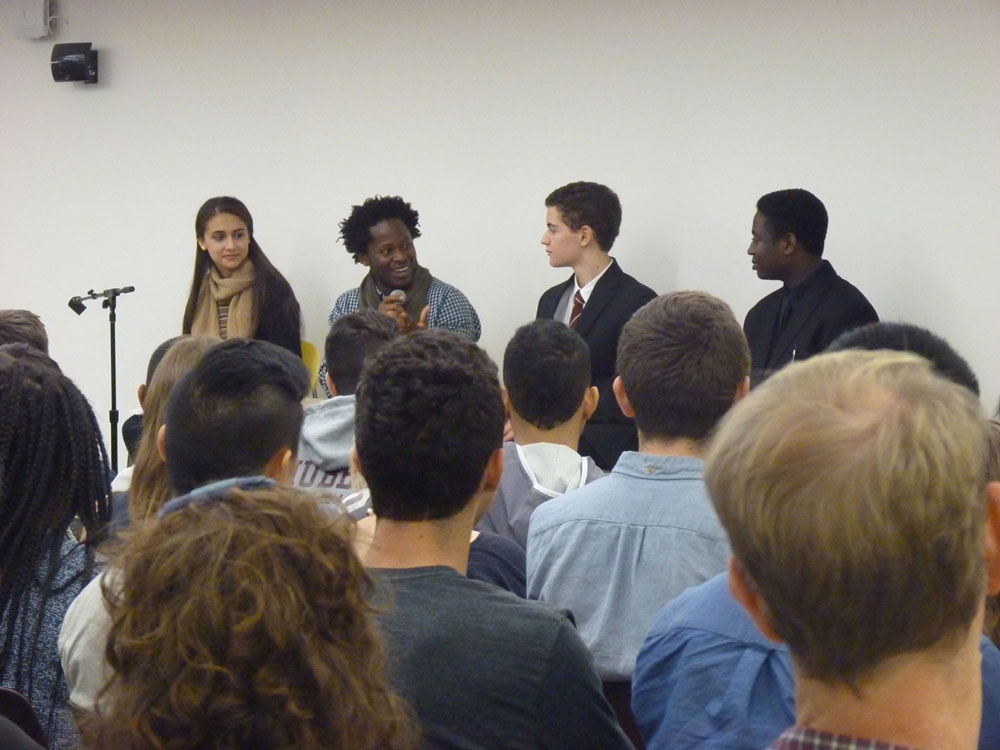 Ishmael is an author and human rights activist who was a former child soldier who was forced to fight in the Sierra Leone Civil War. He talked about his experiences during the war and how he's created a life for himself after being rescued by UNICEF.

Everyone is Gay co-founders Danielle Owens and Kristin Russo discussed with the Upper School what inspired them to start their organization and what they (and anyone) can do to help LGBTQ youth and their parents.

Gyasi Ross, author, speaker and storyteller from the Blackfeet Nation, spoke to Middle and Upper School students about the power of storytelling to create change.