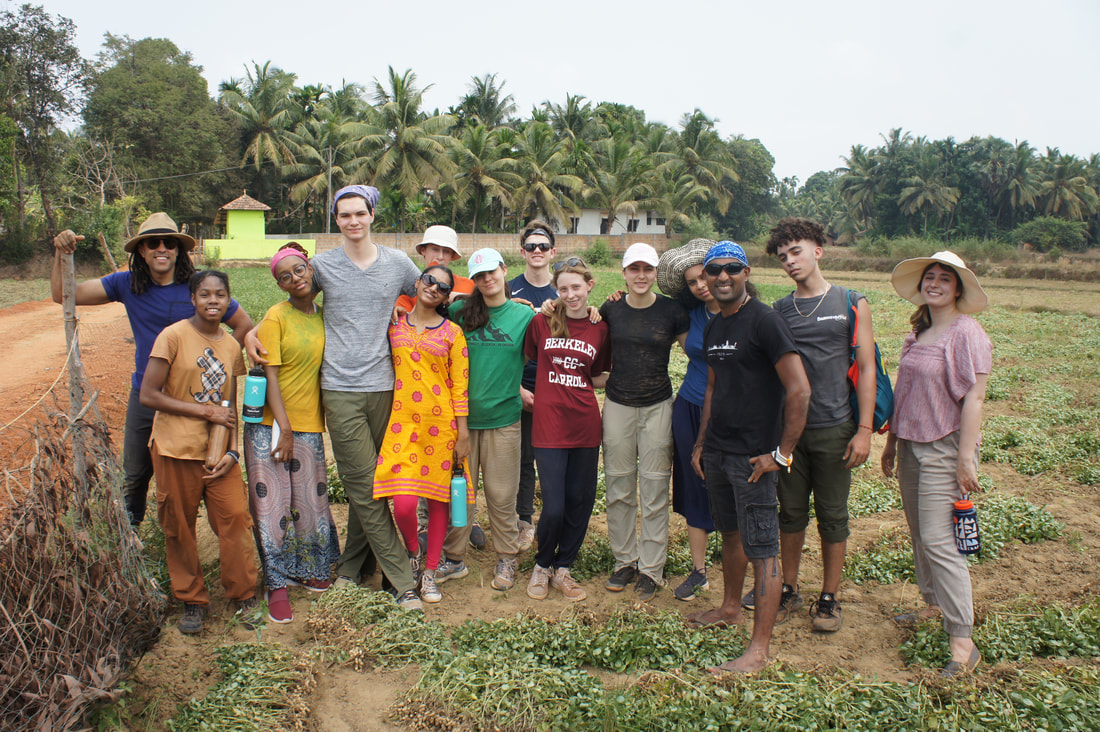 Berkeley Carroll's travel programs are part of the academic program, not stand-alone sightseeing trips. The kind of authentic global thinking we foster requires students to prepare beforehand and to engage in serious reflection while abroad. Throughout, students consider both their own place in the world, and their responsibilities to its future.

The Upper School offers four travel programs annually. The programs to India and Tanzania, open to students in grades 10-12, focus on leadership, global issues and community development. The language immersion programs to Cap d’Ail, France and Granada, Spain are for juniors and seniors.

The India program (read the trip blog) runs for two weeks in March, during Spring Intensives. By way of preparation, students read excerpts from Suketu Mehta’s Maximum City and Katherine Boo’s Behind the Beautiful Forevers, and wrestle with the philosophical questions of ‘voluntourism’. The travel component is run in partnership with the World Leadership School, a socially conscious company that shares Berkeley Carroll’s values and is a leader in the area of travel safety. The group begins in Mumbai with an exploration of the contrast between the city’s incredible wealth and technological innovation on one hand, and the tremendous poverty - and a different kind of innovation - in its famous Dharavi slum on the other. Then the group travels to a small village in the southwestern state of Karnataka, where students live with families. Berkeley Carroll programs don’t include traditional service learning projects; instead they follow an accompaniment model that we think represents the future of ethical engagement with the developing world.

The Tanzania program (read the trip blog) also run with the World Leadership School, takes place every other March. Students and teachers spend the first two days of the Spring Intensive period discussing different perspectives on international development and critiques of volunteering abroad. After a brief orientation near Arusha, including a hike on Mt. Kilimanjaro, the group travels to Karatu, where students are introduced to their “buddies” for the week at G/Arusha Secondary School. Together, the students from Berkeley Carroll and G/Arusha work through a curriculum that explores leadership, gender, opportunity and education. At the program’s conclusion, the entire group goes on safari in Ngorongoro Crater.

The program in Granada, Spain (read the trip blog), focuses on language skills. During Spring Intensives in March, students attend language classes at Itaca Centro de formación, a language school with a focus on learning by experience. The school is located in the heart of the Albayzín, the oldest neighborhood of the city. Students combine language classes with cultural activities, including visits to the Alhambra and the city of Córdoba, and they meet students at an area secondary school. Students turn their reflections into a group blog - en español.

Berkeley Carroll's newest program (read the trip blog) is offered every other year in partnership with the Brooklyn-based organization, The Paideia Institute. The academic program, for students of Latin language and Roman history, focuses on the heart of the ancient Roman world, including sites in Naples, Pompeii, Herculaneum, and Rome.

The program in Cap d’Ail (read the trip blog), run by Berkeley Carroll’s World Languages Department, is based at the the Centre Méditerranéen d’Etudes Françaises, between Monaco and Nice on France’s stunning Côte d’Azur. The center is a language school, part of a larger complex created by artist Jean Cocteau, whose artistic influence abounds. For 10 days during the Spring Intensives period, students stay in the dorms at CMEF and attend language classes in the mornings; in the afternoons, they have assignments that necessitate them using their language skills while they explore the city and region.