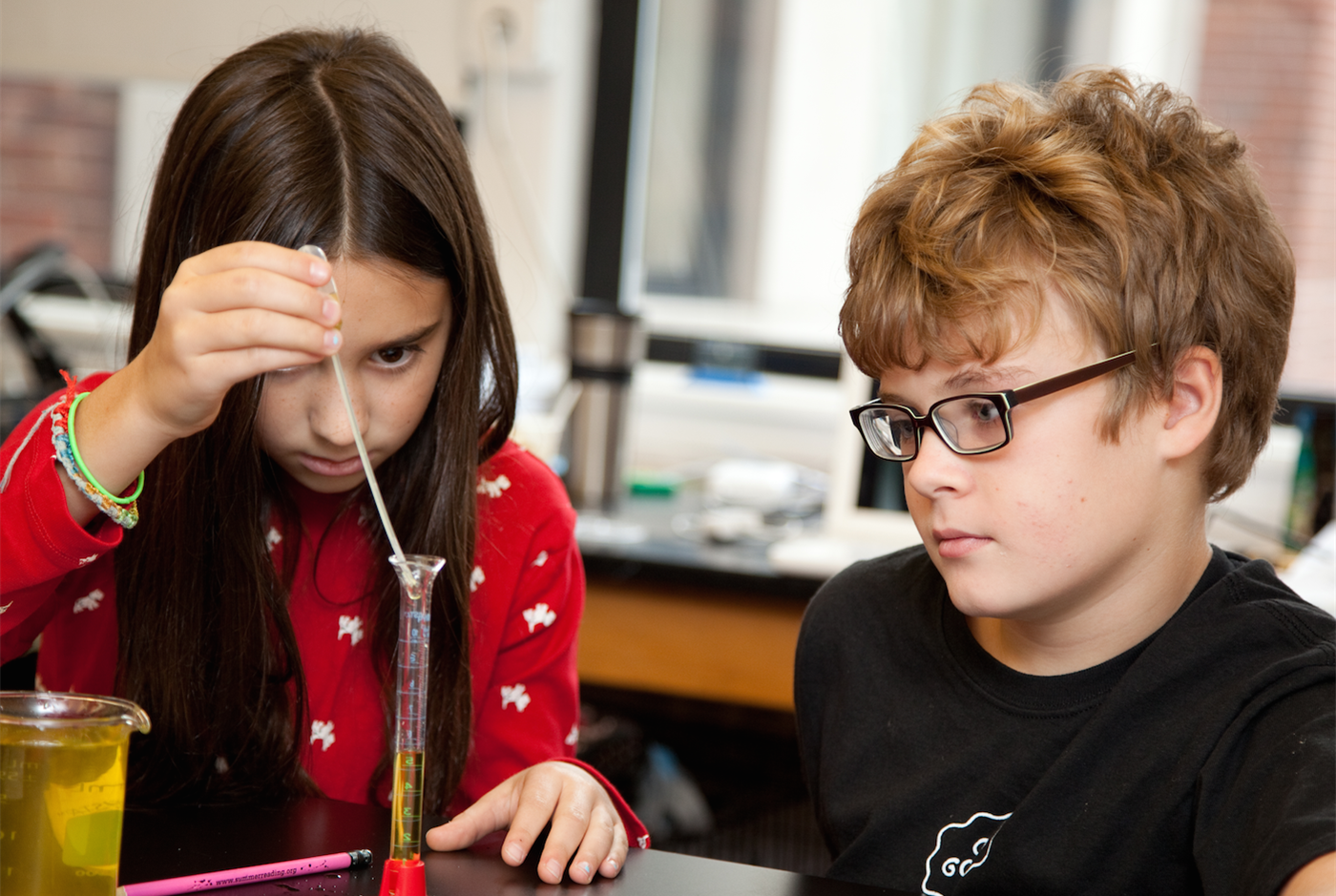 Berkeley Carroll’s STEAM initiative is focused on offering students exciting opportunities to delve deeply into Science, Technology, Engineering, Art and Math. But more importantly, STEAM is about pushing students and teachers to explore the intersections of these disciplines and how they can be used to solve real-world problems.

Consider the 6th grade water project. Students study the physics and chemistry of water, and learn about the water cycle. But they also learn about water scarcity around the world, and how 700 million people globally don’t have easy access to safe drinking water. In their Humanities class, students read A Long Walk to Water, in which one of the main characters, an 11 year-old girl, has travel several miles each day to fetch water for her family. To help put the situation in perspective, Berkeley Carroll 6th graders work in teams to carry five gallons of water – the amount a family living in a water-deprived area might use in a day – a little over 3 miles, wearing t-shirts that encourage passersby to ask them what they’re doing. At the end of the unit, students work in their teams to imagine and prototype water catchment and transportation systems that might be usable in a water-stressed environment.

This is an example of a STEAM approach, integrating science, technology, engineering, art and math. It doesn’t skimp on the science: students still learn the important foundational concepts of chemistry and physics. But rather than learning by lecture, or by teacher-designed lab, they’re learning in a way that connects the information to aspects of their lives they find meaningful, which is what brain research shows is optimal for deep understanding and long-term retention.

A STEAM approach also cultivates a multitude of skills, including collaboration, flexibility, creativity and innovation. And the “A” in STEAM isn’t incidental: from the design process students learn to generate ideas, prototype, expect failure and learn from that failure to create an even better idea.

When we look at the complexity of the global economy, global challenges like climate change, political instability and immigration, and the centrality of technology in modern life, what’s clear is that a traditional education doesn’t provide adequate preparation for success in the 21st century. All of our students -- the future scientists, yes, but also future literary editors, business people, nonprofit directors, educators, and arts administrators – will benefit from mastery of these skills.

In Fall of 2017, Berkeley Carroll opened a 2000 square foot STEAM space, along with adjacent renovated science labs and a sculpture studio, to build on the school’s substantive STEAM offerings in both the middle and upper school divisions. Students will have more space to scale up projects, conduct long-term research, prototype and test inventions, and delve into robotics.
Powered by Finalsite