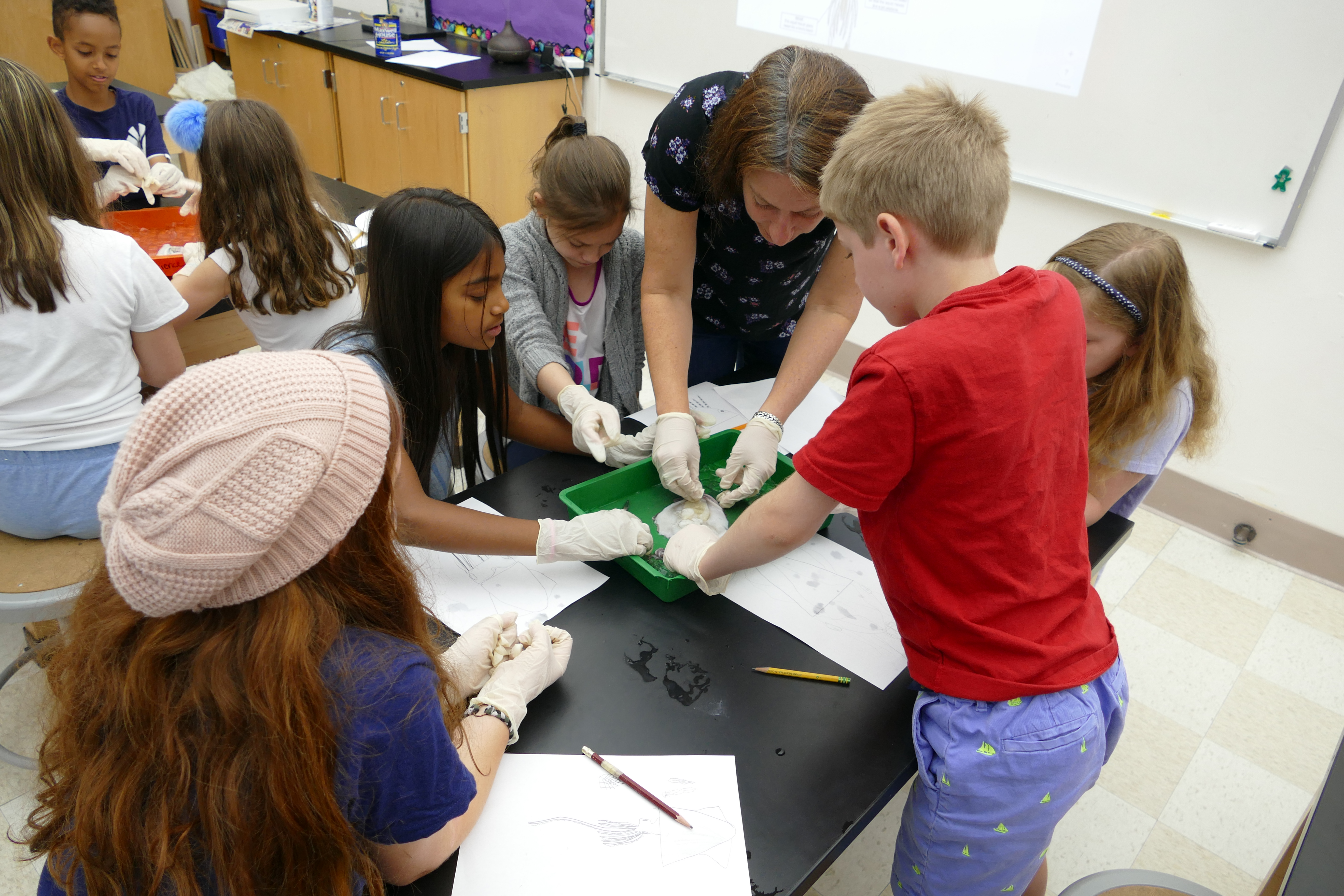 It’s easy to get excited about the world when everything in it is brand new to you, but the Lower School science program goes further, exposing students to issues facing their community and the world and connecting those issues to their own learning.

Harnessing the natural curiosity of young students is one of the major strengths of the Lower School science curriculum. Teaching students to think like scientists begins in preK with students learning to use all their senses to make observations about the environment around them.

“Children are surrounded by science, in the classroom, in nature, and in the city,” says Amanda Pike, Director of the Lower School. “Our goal is to give them the tools and vocabulary to look at the world, ask questions, and solve problems.”

At every stage of the Lower School science program, students learn how to gather data, understand patterns, and make predictions. Conservation, sustainability, systems and cycles are all recurring themes as students develop their critical thinking skills and understand how all these fields are connected.

Students work with science teachers to learn through hands-on study and exploration of the natural and built world, from weather systems and simple machines in preK through second grade to more advanced topics like the systems of the human body and aquatic ecosystems in third and fourth grades.

That work is guided by Lower School science faculty Becky Blumenthal and Erin DiLeva, who teach third and fourth graders and preK through second graders, respectively, Both teachers hold degrees in the biological sciences and have a combined 25 years of experience at Berkeley Carroll. Over that time they have presented at many of the most prestigious science gatherings in the country, including the National Science Teachers Association conference.

In preK through second grades, students develop knowledge and hands-on familiarity in basic science skills and tools, like magnifying glasses and pipettes, and build data charts, something they will use often in the Middle and Upper Schools.

“For the little ones, we want them to think like scientists, to make observations and then use those observations to make predictions,” DiLeva says. Second graders even begin keeping science notebooks. “It’s a great way for students to record and share different strategies with each other, and it provides a concrete way to more formally assess them.”

In Blumenthal’s classes, students are working on similar skills at a more sophisticated level while also building independence in preparation for Middle School science. Third and fourth grade students begin reading age appropriate scientific texts, learning how to pull out facts and read diagrams. Older students also begin to recognize the power of data, conducting individual experiments and then sharing results with the whole class to recognize larger patterns.

“We introduce the idea that the more data you have, the more helpful it is for drawing conclusions,” Blumenthal says. “When students see the whole class’s results, the data is much more powerful.” 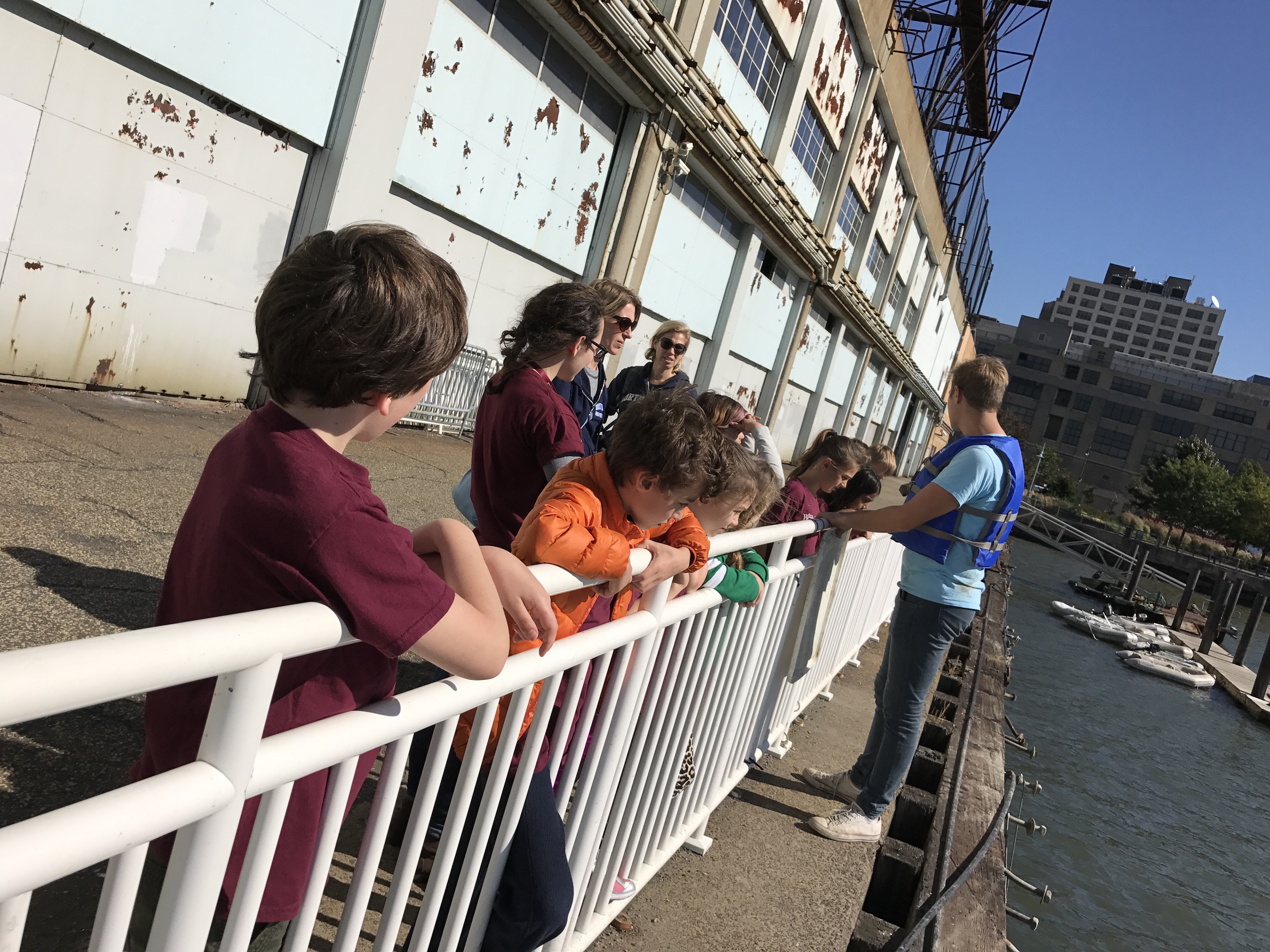 Going beyond the classroom

Students use information and theories from the past to help them better understand today’s problems and begin to think about solutions for the future, and this work doesn’t just happen in the bubble of the classroom.

In second grade, students start to understand that what they are learning might one day lead to a career through “Science Changemakers,” where they study scientists like Jane Goodall, Galileo, and more modern scientists like astronaut Dr. Mae Jemison, who visited Berkeley Carroll in 2018.

In fourth grade, students become citizen scientists, partnering with a local non-profit, the Billion Oyster Project, which works to restore the oyster population to NYC waterways. Twice a year, they travel to Brooklyn Bridge Park to measure oyster growth and water quality, and then send their results to real scientists who use that data to inform real life policy decisions.

Students also have a chance to interact with working scientists through a program called “Skype a Scientist,” interviewing professional scientists, virtually visiting their labs, and seeing classroom learning applied in the real world.

For all the students, one of the most important lessons to learn is that it is OK to make predictions and be wrong. Both DiLeva and Blumenthal say they model mistakes and show excitement at the new results since so often younger students are focused on being correct.

“We tell students that making mistakes is a great way for your brain to grow,” Blumenthal says. “If scientists knew all the answers, there wouldn’t be any fun in the experiment.” 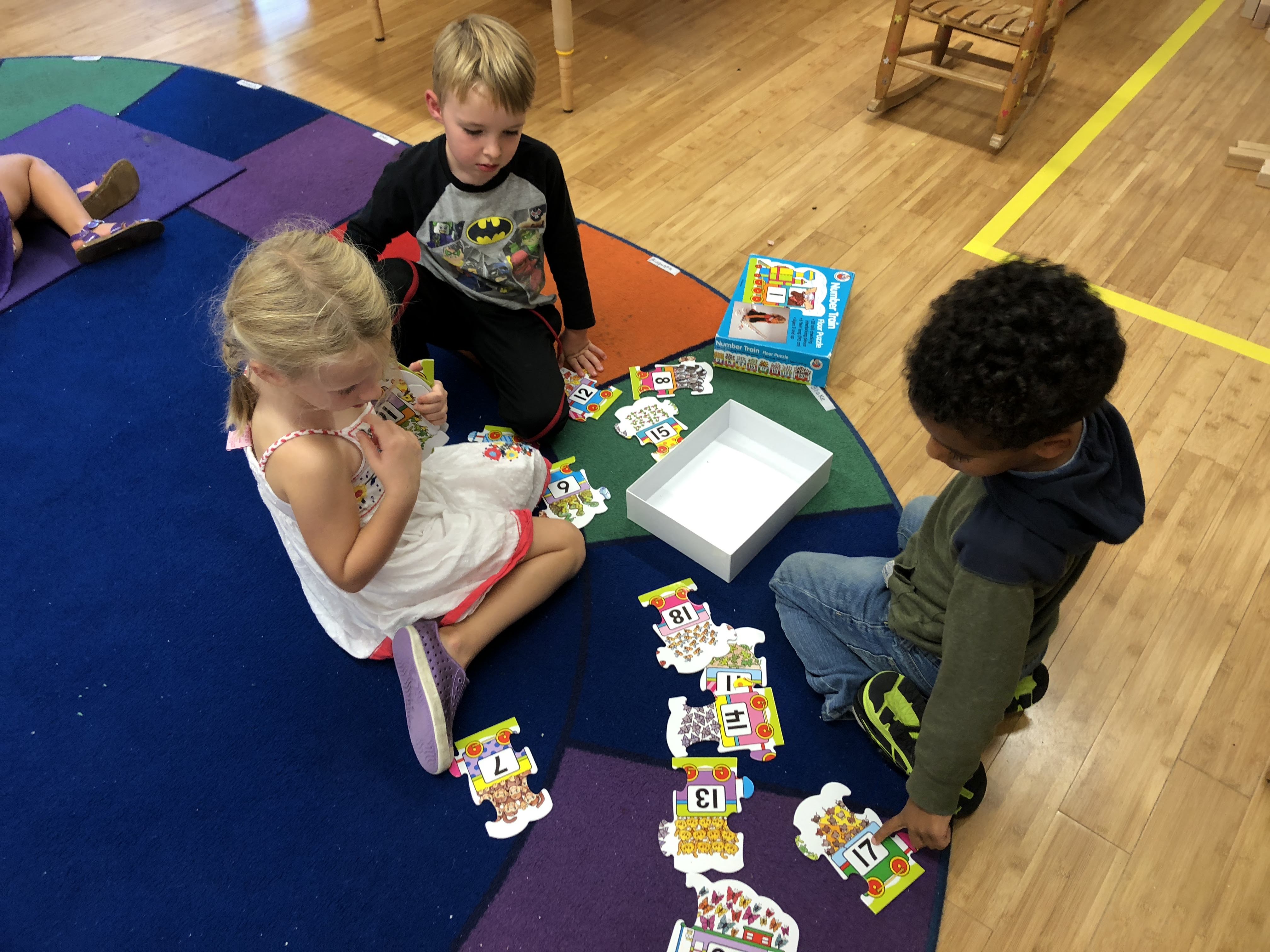 Instruction backed by the latest research

In the Lower School, the approach to math looks a lot different than what most adults probably grew up learning. Two plus two still equals four, but the work starts with a story, thinking is shown out loud through visuals, and different problem solving strategies are celebrated.

It’s a far more visual and tactile way of learning, where mathematical concepts are understood intuitively, not simply memorized, and it starts laying a strong foundation for more advanced concepts that will come in Middle School and beyond.

“Rather than simply focusing on the algorithm to solve a problem immediately, students build models, use manipulatives, and develop a conceptual understanding of what they are really doing,” says Pike

The math program is based on the most recent research in the field of math education from institutions like Stanford University and Barnard College. That research, in particular around brain development, indicates that young brains show better growth through the development of mathematical sense and reasoning, not simply rote memorization.

The curriculum is a combination of TERC’s Investigations in Numbers, Data, and Space and the Contexts for Learning Math programs. TERC focuses on the basic units, like geometry and measurement, while Contexts for Learning incorporates stories and games. Through both curricula, students actively participate in mathematical discourse, sharing and defending their problem solving strategies.

In preK, students learn to count and develop the language around mathematics. In all the grades, each new lesson is anchored with a story to give context to what is being taught. Real world applications are also brought in, such as in third grade where students learn measurement by using their class playground to determine how much new fencing it would need.

This approach to math is based on the constructivist theory of education, which says that students begin to understand the world, or “construct” their knowledge of it, through experience and reflection. It’s a far cry from the traditional math memorization that was the norm in the past.

“The strength of the conceptual thinking is once the children have that, when they turn to use the algorithm they really understand it in a deeper way,” says Pike. “They really are poised to have a much richer relationship with numbers.”

This new approach to mathematics is guided by the two Lower School Math Coordinators. Anne Louise Ennis originated the role in 2014 and coordinates second through fourth grade math, while Jess Soodek coordinates preK through first grade.

“The basics are being taught but in a way that’s fun and that sticks with the kids,” Soodek says. “Often, something seems unapproachable, because numbers are bigger or problems are worded differently, but when students hear an aspect that is familiar, they can more easily envision what’s happening.”

Part of the coordinator job is ensuring a strong sequence of lessons through the year, introducing new curriculum, and helping teachers differentiate units for their students. Ennis and Soodek also run parent workshops, since the new way of teaching math can be challenging for adults.

The two are also coaches, helping teachers feel confident in their instruction. This might mean working with them before a class to prepare for how students will receive a lesson, or debriefing after a class to talk about ways to improve in the future. 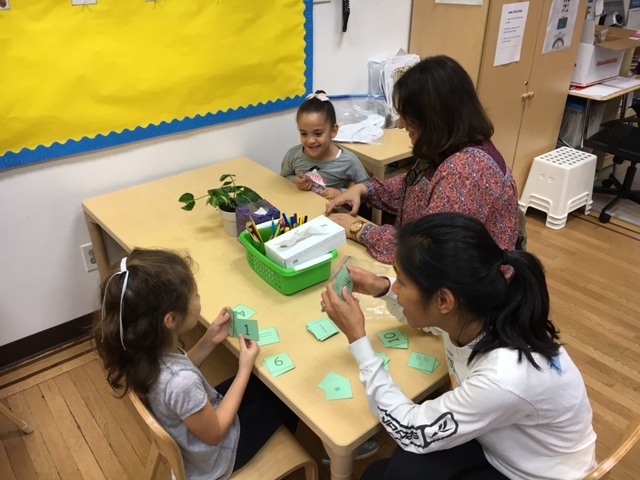 The philosophy of the Lower School math curriculum is to focus not just on the correct answer but to get students to think about how they got there. This means activating several different areas of the brain and defending their thinking, both orally and written, much in the way real mathematicians prove their theorems.

“Our students develop the ability to clearly articulate their understanding and to listen critically and thoughtfully to the ideas of others,” says Ennis. “We want them to develop confidence and independence in their ability to reason.”

It’s not just what is being instructed that has changed, either. The way math instruction is delivered has also shifted. The traditional teaching of math resulted in rewarding those who could call out an answer the quickest. This new model of teaching emphasizes that everyone can be a mathematician.

“When teachers shift the focus onto the thinking behind the answers, research has shown that students of color and students of all genders are able to learn and perform at higher levels,” says Ennis.

While the methods may appear different from the way parents and teachers learned mathematics themselves, adults recognize the success. Middle School teachers appreciate students who are strong, flexible, and creative thinkers with a good foundation of mathematical concepts and skills. Parents see how happy their child’s attitude is towards math because it is less of a struggle.

“One of the things that I think can be hardest for adults to understand is that when we say "We don't teach children to memorize" we don't mean that they won't be able to quickly solve problems,” says Ennis. “We expect our students to leave the Lower School with fluency and number sense, the result of which looks like memorization but is actually a deep understanding of what’s behind the numbers.”