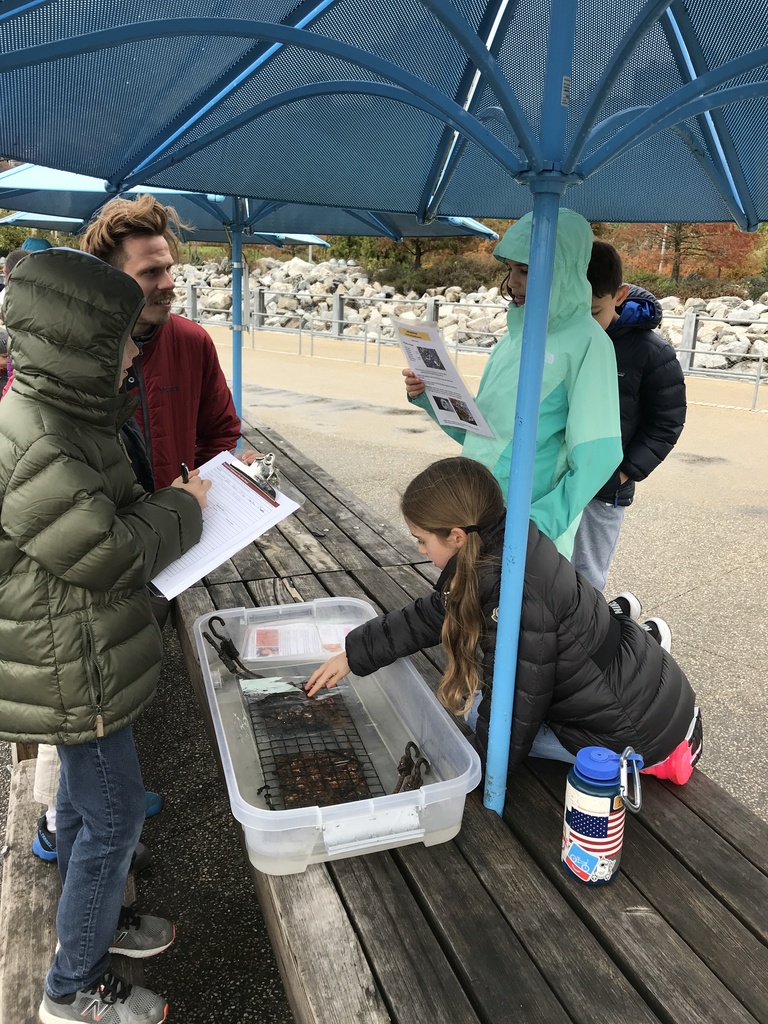 In the 17th century, oyster reefs spread over hundreds of thousands of acres of New York Harbor, helping keep waterways clean and providing homes for other aquatic life. By the turn of the 20th century, human consumption led to hardly a single oyster remaining.

Today that's changing, and Berkeley Carroll fourth graders are part of the effort to bring the surprisingly helpful bivalve back to the water.

As citizen scientists, students gather data from a cage of oysters, known as an Oyster Restoration Station, in Brooklyn Bridge Park twice a year. They measure the oysters, find and identify other small invertebrates living amongst the oysters, and test water quality including temperature, pH and salinity.

In addition to collecting real data that is then sent to scientists with the Billion Oyster Project to be used for environmental policy decisions, fourth graders enhance their study of oysters by learning firsthand the unique role oysters play in their aquatic ecosystem, from filtering nitrogen pollution to helping increase biodiversity.