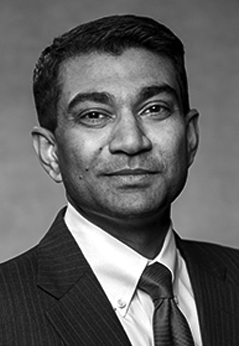 Prashant has been a parent at Berkeley Carroll since 2012 and joined the Board in 2016. He is a Managing Director at Owl Rock Capital Partners. Prashant received a MBA from NYU-Stern School of Business, where he was conferred the Stern Scholar Award. He has a Masters in Science in Oceanography from UNH/Dartmouth College. Previously, he received a Bachelor of Technology from the Indian Institute of Technology, Madras. He holds a patent for a wave-powered sea-water pump for use in aquaculture farms and co-founded Krishi Power Pvt Ltd, a small-scale renewable energy generation company in India. Prashant lives in Park Slope with his wife and two children, one in the Middle School and another in the Lower School. He enjoys skiing, cooking and hiking with his kids. He is the chair of the Finance Committee.